The bank said in a press release yesterday that its operating income improved by 7.3%, reaching MAD 10.7 billion ($1.11 billion).

Attijariwafa Bank’s net income group share grew by 1.9%  “thanks to strong growth in lending activities and continued focus on the cost of risk control,” the press release stated.

Attijariwafa’s profitability improved as its return on equity (ROE) reached 14.8%.

The bank’s Board of Directors announced an evolution of the group’s organization to better serve its transformational and growth ambitions, the source added.

The board has also proposed the distribution of a dividend of MAD 13.5 per share.

Attijariwafa Bank is a Moroccan multinational commercial bank and financial services company based in Rabat. 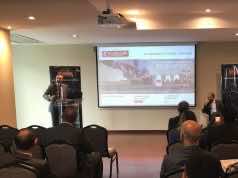