The embassy contacted a laboratory in Portugal to help facilitate the screening tests required for Moroccan citizens, residents, and their family members looking to enter Morocco.

Rabat – The Moroccan embassy in Portugal vowed to assist nationals wishing to return home as part of Morocco’s decision to open borders from July 15 for its citizens, residents, and their family members.

The Embassy of Morocco in Lisbon said it continues to support stranded nationals in Portugal and will help facilitate their return to Morocco “by coordinating the organization of [screening] tests required before boarding” flights or ferries to the North African country.

The Moroccan diplomatic representation announced that it contacted a “renowned” laboratory in Portugal to establish a “fluid system of reception.”

The laboratory is set to offer services at a “competitive price and will ensure speed in the processing of their tests” to enable the medical facility to meet the 48-hour validity period of prospective travelers’ PCR tests and serological tests.

“Those interested must communicate the embassy, in advance, the coordinates of the flight to Morocco in order to be able to fix an appointment with them,” the embassy said.

On July 8, Morocco’s government announced that the country’s borders will open to Moroccan citizens and foreigners with Moroccan residency cards, as well as their families, on July 15.

Passengers should undergo screening tests within 48 hours prior to departure to confirm that they are not carrying the virus.

Morocco’s national airlines will schedule flights for the success of the operation, and Royal Air Maroc will launch its special flight program next week. Ferries will also travel to Morocco exclusively from the ports of Genoa, Italy and Sete, France.

Minister of Foreign Affairs Nasser Bourita clarified on July 9 that the reopening of the country’s borders is an “exceptional operation” and that the country is not officially opening its national territory to all travelers. 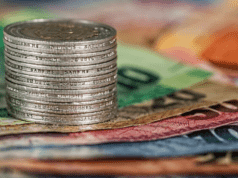