Elalamy shared Morocco’s approach to produce local inventions and necessities, such as respirators, face masks, and other medical equipment.

Rabat – Minister of Industry Moulay Hafid Elalamy said that the COVID-19 pandemic has offered Morocco an opportunity to demonstrate the innovation capacities of its people.

On Wednesday, the minister said that the pandemic enabled Africa in general to highlight its human resources’ capacities.

“The African continent is a veritable storehouse of natural resources and a reservoir of skills and senior technicians.”

During his address in a virtual conference organized by the Corporate Council on Africa (CCA), Elalamy cited Morocco as an example of innovation capacity shining.

He recalled that the country mobilized the full industrial sector to help the medical sector amid the unprecedented COVID-19 crisis.

“Morocco, which produced absolutely no masks, began to manufacture 17 million masks a day for a population of 36 million,” he said.

The minister added that the country also discovered engineers in the aeronautical sector, who came together and made one of the most efficient respirators in the world. It has a margin of error of only 3%.

The virtual event took place on the sidelines of the 75th UN General Assembly.

Elalamy also recalled that automotive and aeronautical sectors joined forces to produce thermometers and infrared cameras. Within their recent innovations is also the PCR test that engineers in Morocco manufacture.

“Last week, during a visit to France, I discovered that the famous saliva test presented in France was manufactured in Morocco in Tangier.”

During the conference, the minister also lauded the “exceptional relationship” between Morocco and the US.

The meeting marked the presence of the American Secretary of Commerce Wilbur Ross.

Elalmy called for means to boost the US-Morocco partnership and to make Rabat a “platform of complementarity with the United States.”

Morocco wants to be a country capable of innovation, with “quality human resources.”

Elalamy echoed ambitions for Morocco that he shared recently in an interview with Finances News Hebdo.

The minister told the outlet that Morocco “was able to increase in competence in production and in agility in record time, despite health constraints.”

If Morocco was able to produce respirators, intensive care beds, and other necessities in mere weeks, “imagine what we could do over time.” 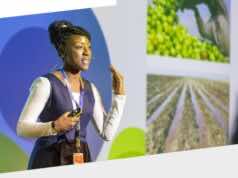 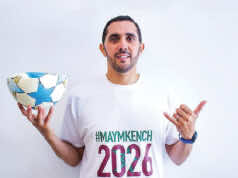