The team has yet to respond to the agent’s announcement. 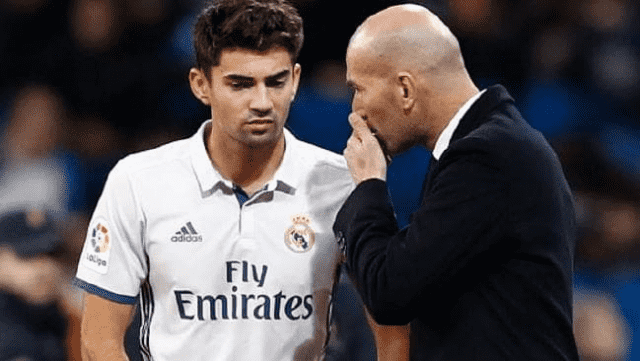 Carlos, who is Zidane’s agent, announced in a video the news that the young French player will play for “a big club in Casablanca,” specifically mentioning Wydad of Casablanca.

The club has yet to confirm or deny that Enzo Zidane will join them.

The French footballer competed in his first A-level match with Real Madrid, against Cultural Leonesa as part of the Spanish Cup, in which he scored his first goal. Enzo Zidane first played for them in 2015 on their B team.

In 2017, the 25-year-old midfielder transferred to Deportivo Alaves in Spain, then to FC Lausanne Sport in Switzerland. He joined Spain’s Rayo Majadahonda in 2018, CD Aves in Portugal in 2019, and finally UD Almeria in Spain, with which he signed a contract until 2021.

Enzo Zidane did not excel in football the way his father did with Real Madrid and the French national team, for which they both played.

Throughout his 18-year career as a football player, Zineddine Zidane played with renowned European clubs, namely Juventus and Real Madrid.

International Federation of Association Football (FIFA) named the French attacking midfielder of Algerian descent “best player” in 1998, 2000, and 2003. In 1998 he won Ballon D’or, the annual award from French news magazine France Football. It is the most prestigious award in the sport.

Zineddine Zidane also led France’s national football team to a World Cup victory in 1998 in the final against Brazil.