Fatiha marriage remains high at the national level, representing 13% of marriages in rural areas against 6.6% in urban areas, data from a national study shows.

Rabat – Civil society and government actors expressed concerns regarding the persistence of child marriage in Morocco.

The President of the Court of First Instance of Social Affairs in the city of Casablanca, Mahmoud Rachid, told Morocco’s state media that marriage of minors in the city saw a notable decline in the first nine months of 2020.

He attributed the decline to greater awareness within society from intense awareness-raising campaigns against child marriage.

Morocco’s Family Code stipulates that the legal minimum age of marriage is 18, but the court may grant exceptions for girls or boys as young as 15 with familial consent and judicial review.

Rachid said that by the end of September, Morocco had registered 273 requests for the marriage of a minor, of which it had accepted only 51 and rejected 149.

He added that the judiciary was still examining the other requests.

The judge cited statistics about the number of requests Casablanca’s Court of First Instance of Social Affairs received, saying the files amounted to 709 requests in 2019.

Of the total requests in 2019, Morocco approved 252 and rejected the remainder.

Explaining the court’s procedure in rejecting or approving a request, he said that the judge considers the “supreme interest” of young girls to prioritize their interests and fully preserve their rights.

Rachid added that the court gives great importance to these requests and their “authorization is subject to rigorous conditions.” These conditions include the interest of the minor, the social and financial situation of the person seeking to marry a minor, and their age compatibility with the bride.

‘Disappointing’ figures and their drivers

President of the Moroccan Association for the Education of Youth in the region of Casablanca-Settat, Hafid Jaa, said his association is disappointed over the evolution of child marriage at the regional level.

“Certain parties justify this phenomenon in particular by limited means available to families or by the need to guarantee the minor girl her future through marriage.”

Marriage to girls is often notable in rural areas, where a lack of resources persists.

School dropouts among minors are also high in remote areas for reasons such as poverty and a lack of education institutions.

According to Jaa, a national study on the topic carried out by a set of associations showed that marriage of minors in Casablanca-Settat increased by 19.86%.

He said that the number of approvals for child marriage that Morocco’s judiciary granted between 2009 and 2018 amounted to approximately 319,177.

Jaa, who is also a lawyer, referenced several factors leading to the increase of marriage among minors, including poverty, school dropout, and ignorance in some families.

He added that certain families “consider the marriage of a minor girl as a source of income and social advancement.”

Morocco’s Family Code stipulates that the legal minimum age of marriage is 18, but legal exceptions are not uncommon.

The practice of child marriage continues across Morocco.

A recent report by the UN Population Fund shows a 14% child marriage rate in Morocco between 2005 and 2019.

The report qualifies child marriage as a “harmful practice.”

Moroccan state media also cited statistics from the national study on marriage, showing that the rate of marriage with “Fatiha” represents 10.79% of the cases recorded.

The study by Rights and Justice, with the support of the Danish Center for Research and Information on Gender, Equality and Diversity (KVINFO), recalled that despite Morocco’s efforts, the traditional marriage with Fatiha continues at “a high percentage at the national level with 13% of marriages in rural areas, against 6.6% in urban areas.”

Fatiha marriage refers to a religious marriage ceremony conducted without a written contract.

A Fatiha marriage only requires a few witnesses for testimony.

Most civil society actors consider a marriage only valid with the presence of a marriage contract.

With the lack of a marriage contract, some women can find it challenging to prove paternity in case of pregnancy if divorce happens, as well as to secure the protection of marital rights. 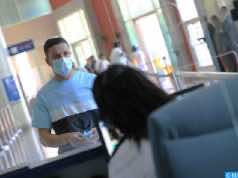 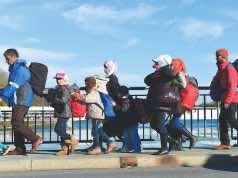 Police Arrest Moroccan Woman After She Abandoned Her Children in Melilla 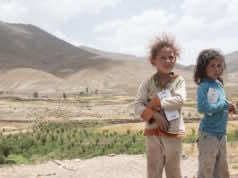 Fez Hosts Symposium on the Marriage of Minor Girls