The official will visit the Mohammed VI Institute, renowned for training imams from the Sahel as part of Morocco’s initiative to combat religious extremism. 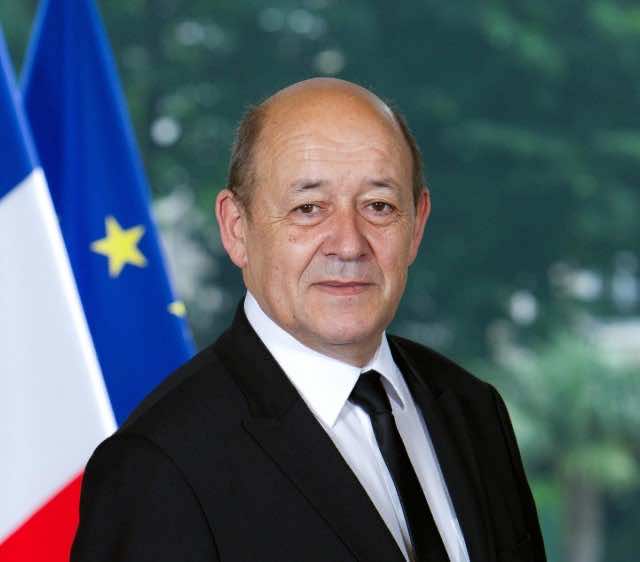 France’s top diplomat is set to meet with Morocco’s Minister of Foreign Affairs Nasser Bourita to discuss means to strengthen cooperation in several areas, including the fight against irregular immigration.

The two officials will also discuss regional and international issues, said a spokesperson for the Quai d’Orsay, France’s foreign ministry.

Le Drian is set to visit the Mohammed VI Institute for the training of Morchidin and Morchidate imams in Rabat. King Mohammed VI established the institute in 2015 as part of Morocco’s approach to combatting religious extremism.

The institute’s training of imams from the Sahel region, in particular, has earned international praise for its efforts to promote stability in West African states such as Mali that suffer religious extremism.

The French Minister of Foreign Affairs will then visit the Mohammed VI Museum of Modern and Contemporary Art in Rabat. Le Drian is set to sign an agreement of support from the French Development Agency to the Moroccan Federation of Museums.

Le Drian’s visit to Morocco follows that of Interior Minister Gerald Darmanin, who cut his trip short after news broke of a beheading in Paris on October 16.

Darmanin was able to meet with his Moroccan counterpart, Abdelouafi Laftit, as well as Bourita before flying to Paris. He stressed that France-Morocco cooperation is “necessary.”

He was unable, however, to meet Morocco’s Minister of Religious Endowments and Islamic Affairs, Ahmed Taoufiq.

Darmanin intended to discuss with Taoufiq the French government’s bill on Islamic separatism, which includes an end to programs allowing foreign imams to enter France, in order to improve cooperation between France and Morocco in this regard.

Read also: France: We Are Not Afraid of Boycott Campaign From Morocco