The Guerguerat mosque is set to open its doors to worshippers in one year. 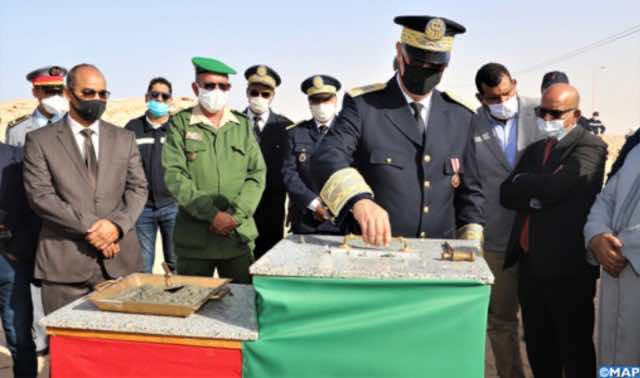 Rabat – Morocco is set to build a large mosque at the Guerguerat border crossing, the Ministry of Habous and Islamic Affairs announced on Wednesday.

The structure will cover an area of 3,767 square meters and include prayer rooms for men and women, ablution rooms, a minaret, and accommodation for the mosque’s imam.

Construction on the structure began on Wednesday in honor of the 65th anniversary of Morocco’s Independence Day, November 18.

The Guerguerat mosque will open its doors to worshippers one year from Wednesday’s launch of construction.

Speaking to Morocco’s state media, Abdelkader Alioui, the delegate of the Ministry of Habous and Islamic Affairs in the Dakhla-Oued Ed Dahab region, said the Guerguerat mosque comes to benefit worshippers who frequently pass through the region.

“The construction of this mosque responds to the concern of allowing the faithful to perform their religious duties in good conditions and to support the dynamic of urban development experienced by the El Guergeurat border post and the municipality of Bir Guendouz,” he said.

The local religious official added that construction on the Guerguerat mosque will respect Islamic architectural standards in accordance with the instructions of King Mohammed VI.

Alioui emphasized that thanks to the Guerguerat crossing, with its strategic geographical position on the Moroccan-Mauritanian border, the municipality of Bir Guendouz has witnessed significant socio-economic development in recent years.

Government services have improved and several companies have moved in to meet the needs of the local population and of travelers passing through.

Guerguerat has dominated local media reports in recent weeks. Starting October 21, the militant Polisario Front staged a blockade of the border crossing, preventing both civil and commercial traffic from passing through. Not only were 200 Moroccan truck drivers stranded south of the border, markets in Mauritania also suffered from the cut-off of goods.

After the UN failed to effectively calm the situation in the MINURSO-monitored buffer zone, Morocco carried out a non-offensive action to secure the border post.

Traffic on the Guerguerat road resumed on November 14 despite Polisario militias’ futile attempts to attack Moroccan armed forces and the Front’s claims that it is mobilizing “thousands of volunteers” to fight in its “war against Morocco.”