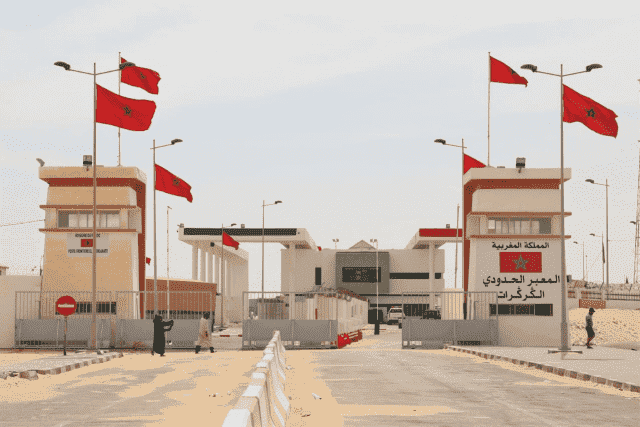 Rabat – The growing international support for Morocco’s recent intervention in Guerguerat is expanding to the South American subcontinent, with Colombia, Paraguay, and Guatemala now sharing positive statements on the matter.

On November 13, Morocco decided to send its forces to the Guerguerat crossing point to lift an illegal, three-week-long blockade of a vital crossing point by Polisario elements.

In a tweet on Friday, Colombia’s Ministry of Foreign Affairs expressed its concern about the situation in Guerguerat. It called for the maintenance of free movement of people and goods through the border crossing, suggesting support for Morocco’s intervention to lift the Polisario blockade.

Colombia also reiterated its support for ongoing, even if increasingly in-question, UN efforts to find a “political, fair, durable and mutually acceptable solution” to the Western Sahara issue.

Paraguay, and an outright accusation

In Paraguay, the House of Representatives’ Committee on External Relations affirmed the Latin American country’s support for Morocco’s Guerguerat operation, labeling it as a “sovereign” act. It also noted the operation’s benefits for the resumption of free civil and commercial movement in the region.

Walter Enrique Harms, the president of the committee, said that Morocco’s intervention was essential to guarantee the free movement in Guerguerat.

For Harms, the Guerguerat events were triggered by the presence of “militiamen of the armed group of the Polisario.” He said the group’s blockade in the UN-stricted area amounted to provocation and banditry.

Polisario’s “dangerous” provocations, the Paraguayan official went on to explain, aimed to “alter the status of the buffer zone” by threatening commercial activities and disrupting the UN-led political process.

The statements echo earlier remarks by former French Prime Minister Manuel Valls. In a recent interview with a Spanish outlet, the French politician argued that the Polisario leadership is linked to a wide range of illegal activities and constitutes a threat to stability in the Sahel region.

For its part, the Government of Guatemala has called on all parties of the Western Sahara conflict to  respect the UN Security Council’s resolutions and honor the 1991 ceasefire. It also stressed the need to refrain from any act of provocation that could harm economic and commercial interests in the region.

Morocco’s successful action in Guerguerat, enjoyed the satisfaction of the Mauritanian public and media, which expressed relief for the resumption of commercial activity after three-weeks of the blockade which left 200 Moroccan drivers stranded at the border.

This led to a significant rise in the prices of goods in Mauritanian markets, making Morocco’s act “humanitarian” in nature, according to Mauritanian newspaper Al Wiam.

Guatemala also underlined the importance of dialogue and the resumption of the UN-led political process. It renewed its commitment to  a lasting political solution, calling on all parties to respect  the sovereignty and territorial integrity of States.

Guatemala’s call for respecting the ceasefire follows Polisario’s announcement of breaching the 29-year-old ceasefire one day after Morocco’s intervention in Guerguerat.

Meanwhile, UN Secretary-General Antonio Guterres has expressed his concern over further escalations and warned against violating the ceasefire.

The news comes as Morocco’s Western Sahara position continues to garner widespread support in the international community. While pro-Polisario have peddled half-truths and misleading reports on the Guerguerat crisis, Morocco has received an outpouring of support from EU countries, the Arab world, and Africa.

In recent years, Morocco’s proposition for a compromise-based and pragmatic solution to the dispute has won notable plaudits in the international community.

Many observers see the country’s Autonomy Plan — which the UN Security Council has described as “serious” and “credible” — as the most viable route to a lasting solution to the Sahara crisis.