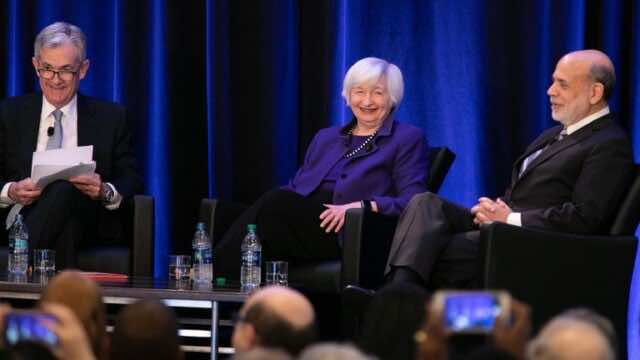 Rabat – Understanding US political decision making requires understanding how US institutionalized corruption guides its politicians. The term “corruption” is most often applied when discussing countries in the Global South. Still, there are few countries where direct cash payments to political decision makers are as overt and prevalent as in the US.

The reason US corruption remains largely unremarked is the institutionalized nature of its system of bribery. Supreme Court decisions such as the controversial 2010 “Citizens United” allow the ultra-rich and large businesses to spend nearly unlimited amounts to support or destroy the careers of politicians.

How to buy a US politician

The second way of buying a US decision maker is by simply paying them giant bribes. An oil company, a billionaire, or any special interest group can simply pay a politician hundreds of thousands of dollars for “speaking fees.” These bribes mean politicians receive giant sums in exchange for giving a brief speech, or take a meaningless job, at the organization that is bribing them.

Politicians are not allowed to take such overt bribes while in office, so the US uses a “revolving door” where politicians receive these bribes either before or after they worked in government.

Few people remark on how US politicians who have never worked in business still amass gigantic fortunes.

Effects of US corruption

Bill and Hillary Clinton made $153 million in “speaking fees,” Barack and Michelle Obama are worth $70 million, and Joe Biden is worth $9 million. The fact that these politicians have made such massive fortunes on the back of their public service is simply an essential part of the US system of systemic corruption.

US politicians require cash from citizens and businesses in order to gain power, ensuring that a majority of politicians is bought and paid for before the election is even concluded.

This was evident in the 2008 election of Barack Obama. While Obama’s rhetorical skills electrified the electorate and the global public, Wall Street firms were busy purchasing him.

In the middle of a Wall Street crash, Obama took more Wall Street money than anybody ever had. These bribes were well-spent, as Obama handed billions of tax-payers money to the banks who had caused the crash while ignoring millions of citizens who lost their homes due to no fault of their own.

Buying US politicians is one of the best investments a company can make. The top 100 US corporations spent $2 billion on “lobbying” in 2019, and received $400 billion back from the politicians they had bought.

A new era for US corruption

The victory of President-elect Joe Biden will likely do little to stop this trend. Among his colleagues, Biden had a particular reputation related to his ties to banks in his home state. He was jokingly known as “the senator from MBNA,” referring to a Delaware bank to which he apparently owed his allegiance because of the campaign contributions they supplied to his campaigns.

Biden represented the state of Delaware as a senator for most of his career. And under his watch, the state became a tax haven and a playground for the large businesses that funded Biden’s campaigns and benefited his family.

Yellen received this gigantic amount in just two years, while giving speeches at financial companies and Silicon Valley giants. Citigroup, Goldman Sachs and Google are just a few of the large companies that bought her acquiescence.

Most US politicians that benefit openly from such overt corruption simply say that these are legitimate payments for services rendered (i.e. giving short speeches) or are done to support politicians without any expectation of a return on investment.

But anyone who has ever run a business knows that this cannot be true. Multinationals do not spend money out of political convictions, they do so in return for more money or more laws and regulations in their favor.

While the Trump administration was widely reported to be the most corrupt ever, it may have been because its inept politicians were simply not sufficiently skilled and respected to get away with their corruption. Under Biden, however, we are likely to see a return of more skilled corrupt politicians that will receive very little push-back from the corporate-controlled media in the US.