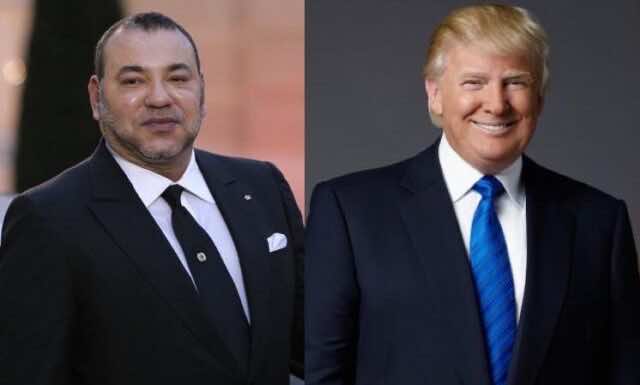 The award, which is typically bestowed to heads of state or government acknowledges the efforts that King Mohammed has made over the past two decades to advance “the deep and enduring partnership between the Kingdom of Morocco and the United States across all domains.”

It also acknowledges King Mohammed VI “vision and personal encourage including his decision to resume ties with the State of Israel—have positively reshaped the landscape of the Middle East and North Africa and ushered in a new era of security and prosperity for both our countries and the world.”

The award was handed to Morocco’s Ambassador to the United States, Princess Lalla Joumala, who accepted it on behalf of the King.

During the same ceremony, Lalla Joumala presented Trump with the highest Moroccan award, called the Order of Muhammadi. The award was bestowed to President Trump in recognition for his efforts to restore diplomatic relations between Morocco and Israel.

The ceremony took place on the heels of Trump’s decision in December to recognize Morocco’s sovereignty over Western Sahara, making the US the first global power to lend resolute support to the North African country’s decades-long efforts to end this territorial dispute.

The move was followed by a series of statements that have emphasized US’ support for the autonomy plan as the only basis for reaching a mutually acceptable political solution in line with UN Security Council resolutions adopted since 2007.

Speaking at a virtual Ministerial Conference in Support of the Moroccan autonomy Initiative under that he co-chaired with Minister of Foreign Affairs, African Cooperation and Moroccans Abroad, Nasser Bourita, US Assistant Secretary of State for Near Eastern Affairs, David Schenker, recalled that all US administrations, starting with that of President Bill Clinton, have expressed their support for the Moroccan autonomy initiative under Moroccan sovereignty, “which is the most realistic option for the settlement of the Sahara conflict.

The United States calls on the parties concerned, the United Nations and the international community to “examine more seriously” the autonomy plan, which is the only credible and realistic basis for negotiations, he said.

Schenker’s statement mirrors the statement he made during a press conference following his meeting with Algerian Foreign Minister, Sabri Boukadoum, last Friday in Algiers.