Amid the controversy, Muslim feminists call for supporting abuse survivors but condemn the islamophobic recuperation of gender justice.

On December 28, Shibly’s wife Imane Sadrati posted a plea for help on Youtube. She asked for financial support and solidarity from the Muslim community to help her escape an abusive marriage.

Sadrati shared an online fundraiser page seeking donations to support her and her children. “I got married at a very young age. However, when I was 9 months pregnant with my firstborn, my marriage became volatile and abusive,” she said.

The campaign succeeded in raising approximately $28,611 for Sadrati and her children.

He explained that they are going through a “contentious” divorce process and that Sadrati is “capitalizing” on “my name recognition” to “fraudulently raise money” from the community.

While Sadrati did not share details of the alleged abuse, saying that her lawyers advised her not to, other allegations against Shibly have arisen on social media.

Muslim survivors of abuse: Trapped between misogyny and islamophobia

Aman Ali, an American Muslim writer and comedian stated on Facebook his support for Sadrati as a victim of “physical” and “emotional” domestic abuse.

He also claimed that Shibly approached many Muslim women asking them for “secret religious marriages” while still being married to his wife.

Ali claimed that Shibly has “pressured women into coming to his hotel room” on “numerous occasions” while attending conferences.

Many groups of Muslim feminists and gender equality advocates have made public statements to support Imane Sadrati’s claims.

They called for the Muslim community to “listen, support, and defend” the survivors as well as holding the abusers accountable for their actions.

Meanwhile, the Feminist Islamic Troublemakers of North America (FITNA) have condemned the instrumentalization of Muslim women’s experiences of violence by islamophobes.

Muslim women who are survivors of violence or abuse by other Muslim men are seen as “airing dirty laundry” of the community.

At the same time, when these women speak up against abuse, their statements are mobilized by islamophobic politics and media to further stigmatize the Muslim community. The feminist group added, “ We in no way condone islamophobes using our calls for gender justice within the community.” 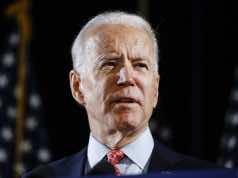