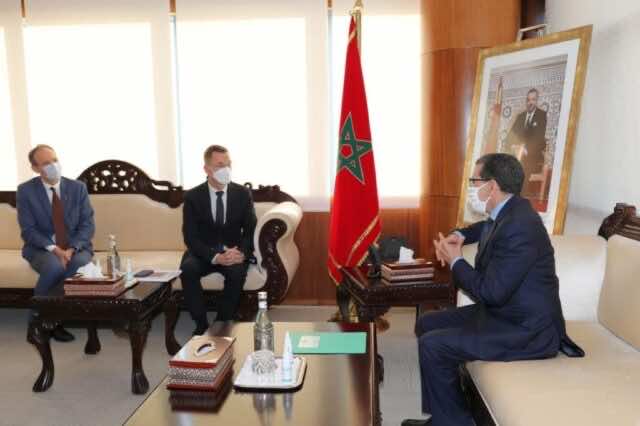 On Wednesday in Rabat, Sergio Pimenta, the vice-president of the International Finance Corporation (IFC), extolled the significant reforms  Morocco has made in recent years.

In a meeting with the Moroccan Head of Government Saad Eddine El Othmani, Pimenta confirmed that the IFC is committed to helping Morocco on many fronts, in particular by enhancing public-private social partnerships.

The institution also pledged to accompany Morocco’s reforms in line with the IFC’s vision and goals.

The IFC, a sister organization and a member of the World Bank, also plans to provide the North African country with the  necessary support to improve the efficiency of public institutions and the creation of projects to secure private financing, especially for basic infrastructure.

The support will also focus on improving the economic situation in Morocco, added Pimenta.

For his part, El Othmani expressed Morocco’s commitment to rebuild and prepare its economy to face its most pressing challenges, including overcoming the pandemic.

He also discussed t substantial reforms implemented in different fields in Morocco, emphasizing the need to improve cooperation with the IFC.

During his Throne Day speech on July 29, King Mohammed VI announced the establishment of an investment fund designed to improve Moroccan investment and revive the Moroccan economy.

By involving the private sector in the “national development efforts,” the Mohammed VI Investment Fund primarily aims to finance large investment ventures. It also comprises a “thematic funds” aspect that seeks to add to the capital of small and mid-sized companies.