The Taiwanese 220,000-ton, 400-meter long, and 59-meter wide container ship was heading to Rotterdam from the Red Sea.

Rabat – On Tuesday, a giant container “megaship” was run aground during strong winds and a dust storm, getting stuck near the southern end of the Suez Canal causing a massive traffic jam in the waterway.

Speculations from early reports suggested there was a power loss prior to any solid information regarding the ship’s blockade on the Suez Canal.

“The company has urged the shipowner to report the cause of the accident and to work out a plan with related units such as the canal administration to assist the ship in getting out of trouble as soon as possible,” Evergreen Marine Corporation said in a statement.

As a response to the company, the shipowner said in a report “the ship was suspected of being hit by a sudden strong wind, causing the hull to deviate from the waterway and accidentally hit the bottom and run aground.”

Consequently, other ships were delayed while waiting for the Canal waterway to be cleared by authorities.

Bernhard Schulte Shipmanagement (BSM), which is in charge of the crew and the ship’s technical problems reported that there were no problems with pollution and that all the crew members were safe with no casualties.

There were many attempts to unblock the container ship stuck in the Suez Canal. However, all of them failed.

A crew member of another ship, Maersk Denver, posted a picture of the stuck container ship in the Suez Canal on Instagram and wrote, “hopefully it won’t be too long but from the looks of it that ship is super stuck.”

“They had a bunch of thugs trying to pull and push it earlier but it was going nowhere … there is a little excavator trying to dig out the bow,” the crew member added.

Similar incidents have happened in the past such as, in 2017 a Japanese container ship was stranded in the Suez Canal but was quickly refloated. 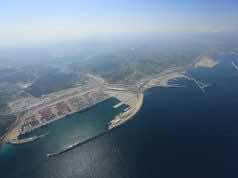 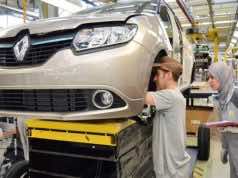 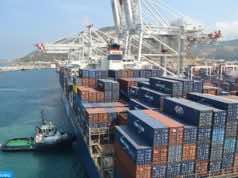