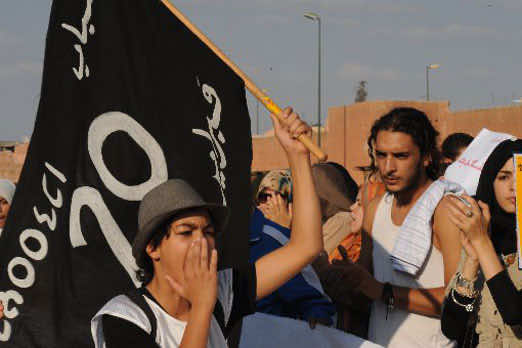 Morocco’s protest movement, the so-called the 20 February movement said Tuesday it was willing to enter into dialogue under certain conditions with the new head of government, Abdelilah Benikirane.

“Our conditions are the releasing of political prisoners, the opening of  files related to corruption, freedom of the press and reinforcing individual liberties,” Najib Chaouki, one of the leaders of movement was quoted by AFP as saying.

“If these conditions are met, dialogue with (Abdelilah) Benkirane will open and public,” he said.

In a press conference held in Rabat on Sunday 27 November, immediately after the release of the final results of the legislative elections held on 25 November, Benkirane expressed the readiness of his party to engage in a dialogue with the 20th February movement “starting from tonight”. He went on to say that “if they wanted to continue their protests, then it is their right and I have no problem with that.”

Last Tuesday, Benkirane was  entrusted by King Mohammed VI with the responsibility of forming a new coalition government.

Last’ month elections were the first elections held under the new constitution adopted overwhelmingly in July.