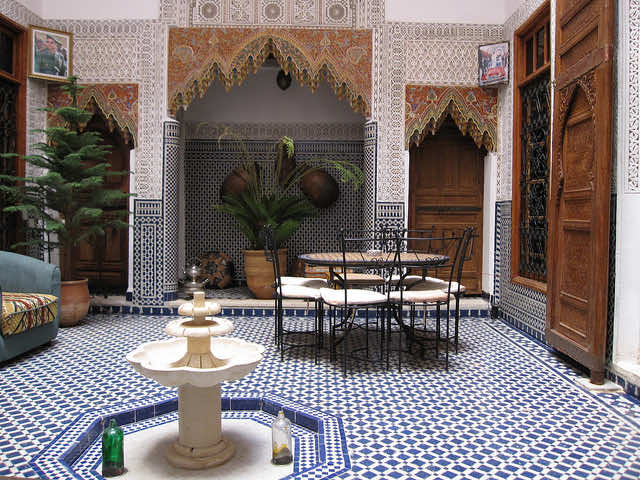 The hostel reservation site HostelBookers.com has released a list of the top-rated lodgings around the world for backpackers and budget travelers looking to book their next accommodations.

According to Hostelbookers.com, in the category of top three overall accommodations around the world, “cities such as Marrakech, Chicago and Cusco, Peru got double nods within their respective continents.”

The winners are chosen based on the highest rating achieved in each category, and a minimum of 25 reviews received in 2012 is required to be considered for an award.

The HostelBookers Awards for Excellence 2013 for the top-rated lodgings around the world were granted to many Moroccan lodgings.

The lodgings that received the highest overall customer rating in the continent of Africa and the Middle East were mostly awarded to Moroccan Hostlers, Riads and hotels.

The 12th Awards for Excellence 2013 were granted to the following Lodgings:

1– The top three accommodations Award in Africa and the Middle East were granted to Hostel Riad Fantasia, Riad Layla Rouge (both in Marrakech) and Riad Verus in Fez.

2– The Best Value Cheap Hotels Award in Africa and the Middle East went to Dar El Yassmine in Fez.

3– The Best Atmosphere Award in Africa and the Middle East was given to Hostel Waka Waka in Marrakech ahead of hostels in South Africa.

4– The Best Staff Award in Africa and the Middle East achieved by Dar Houdou in Fez and Rainbow Marrakech in Marrakech ahead of Milano in Cairo, Egypt.

6– The Best For Solo Travelers Award in Africa and the Middle East went to Trip and Friends in Marrakech.

7– The Best For Couples Award in Africa and the Middle East went to Riad Baraka in Chefchaouen, a city known as the bride of the north of Morocco.

8– The Best For Families Award in Africa and the Middle East was for Dar Hafsa in Fez.

Chris Blackwood, an American who worked in Morocco for over two years, told Morocco World News that “During my travels, the many hostels of the country served me well, and the natural rustic beauty of the buildings nestled into the patchwork of cities and towns served as a constant reminder that I was somewhere special.”

“I found that a stay at a typical hostel in Morocco is more than just a room to sleep in: it is part of the Moroccan traveler experience, and can serve as a key to the culture, cuisine, language, and geography of the country,” he added.

HostelBookers is a trusted website that affords online booking for over 3500 travel destinations around the world. It prides itself on being the only independent hostel booking site that has no booking fees!