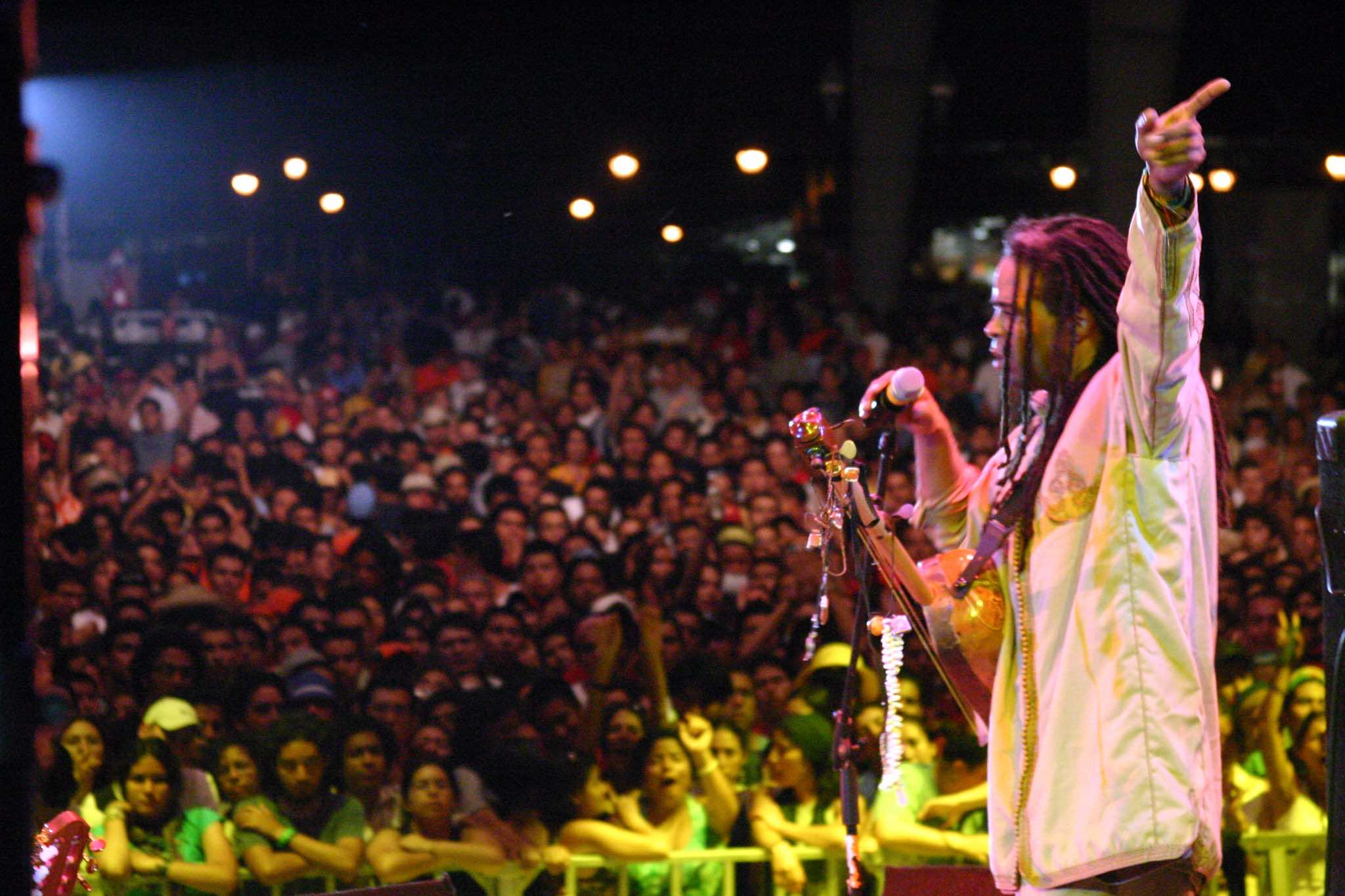 New York- The iconic musician who put North African trance traditions on the map is back with a soaring, hypnotic album with rock drive.

It’s a sound that seems to reach beyond time. The sintir, the three-string bass lute of Morocco, pulling ancient melodies from the air and leading the traditional Gnawa spiritual trance rituals that fire the Moroccan nights. It’s music that’s captured Western minds, from Paul Bowles to Rolling Stone Brian Jones and producer Bill Laswell. And Hassan Hakmoun is the master of the sintir, a man who’s brought Gnawa music into the modern age, one of the pioneers who expanded Gnawa tradition’s impact internationally.

Now, with his new album, Unity (release: April 10, 2014 on Healing Records) he presents its next electric evolution, with all the grit and grace the masterful performer can bring to bear.

“Music is universal,” Hakmoun says. “It’s the way people can relate to each other — that’s why I called it Unity. We come into this world with nothing and we leave with nothing. We need to come together, to let all the anger and killing of humanity go.”

The unity on the album is more than a thing of the spirit. It’s musical, too. On this release Hakmoun

brings the long, deep history of the Gnawa together with the brashness of the 21st with former Ex-Centric Sound System bassist Yossi Fine, he’s created something that can roar just as much as it can soothe. “Yossi wanted it to sound like it was recorded in Africa,” Hakmoun explains. “Very old-style and loud.

When we first met we worked on a Bob Marley song in Arabic together. I liked it, told him my vision for a new record and we began work. We amplified the sintir and put it right at the front. It’s like a rock record in its feel. I knew some of the players I wanted, and Yossi suggested others.”

The opener, “Zidokan (Just Go)” is an older song from Hakmoun’s canon, reimagined with a rush ofsound, the growl of the sintir forming an underpinning for the wild crunch of John Lee’s guitar as the song rages and howl. The majesty of Morocco meets the raw power of America. The tectonic plate shift as cultures come together.

But that’s simply the start. On “Hamdiyi (Prophet Muhammad)” Hakmoun traces a line through time, bringing in the sabar (talking drum) to show the connection between North and West Africa – the Gnawa are descendents of slaves brought over the desert from Senegal and Mali.

“My music is strongly related to West Africa,” he says. “I was there two years ago. They were so interested in what I was doing in my music, and theirs fit so well with mine. So what I’m doing is putting family back together again here. And it’s something new, too; the rhythm on that track is one never used before in Gnawa music.”

But taking Gnawa music to new places has been the thread all through Hakmoun’s musical life. He began in the Gnawa way at the age of four after witnessing a trace ritual in Marrakech. 10 years later he was already renowned for his press on the deep-toned sintir, which is made from camel skinstretched over nutwood.

Hakmoun moved to America in 1987, rapidly establishing himself in New York’s burgeoning new music scene. Soon he was hanging out with artist like Miles Davis and working with the legendary trumpeter Don Cherry. The result was the groundbreaking Gift of the Gnawa record, the very first century. Working fusion of jazz and Moroccan music.

From there he’s gone from strength to strength. It’s not simply the powerhouse strength of his playing that’s brought him acclaim. He’s also a man with a musical vision, joining the dots between styles and ideas. Where some see difference, he sees the similarities and explores them. Hakmoun has worked with Peter Gabriel and his albums have received plaudits all around the globe, including Best Contemporary Album of the year in 2002 for his last release, The Gift.

Twelve years have passed since that disc, a time filled with playing and living. But the return to the studio after so long couldn’t have gone more smoothly. The sessions for the album were completed in a remarkable three days, with drums, percussion, vocals and sinter all recorded live.

“I had some friends from Morocco who are used to playing with me. The first day we finished five tracks. Live is always best. Ideas come and you can follow them. Every time I play a song it’s a little different.”

That live spontaneous feeling electrifies Unity, making it sound immediate and up-close. Hassan Hakmoun has been breaking down the boundaries of Gnawa music for almost 30 years. With Unity he’s created an entire new frontier.