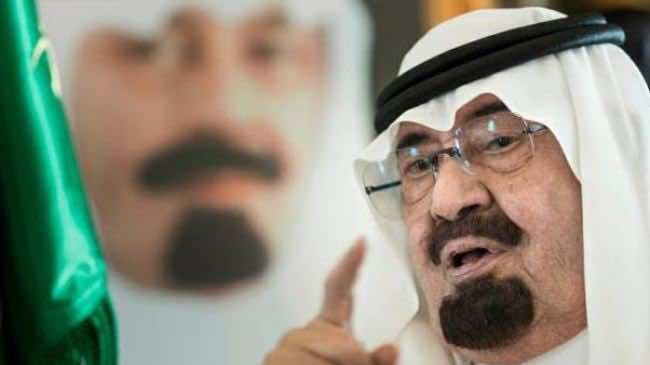 Flags on government buildings, public institutions, departments and public spaces will be flown at half-staff for the same period, according to a communiqué issued by the Royal court.

The flags will also be flown at half-staff at the kingdom’s embassies and consulates around the world for a period of 72 hours, commencing on Friday.

Prince Moulay Rachid is reported to have travelled to Riyadh for King Abudllah’s funeral.

“His Highness Salman bin Abdulaziz Al Saud and all members of the family and the nation mourn the Custodian of the Two Holy Mosques King Abdullah bin Abdulaziz, who passed away at exactly 1 a.m. this morning,” Saudi state television said in an official statement.

The late Saudi King came to power in 2005 after the death of his brother King Fahd Bin Abdulaziz.

Abdullah’s successor is Salman bin Abdulaziz, his 79-year-old half-brother, who has been Crown Prince and Defense Minister since 2012.

The Saudi family’s Allegiance Council paid allegiance to Muqrin as his crown prince and heir.