Morocco World News
Home Highlights on Morocco I would Rather Resign Than Decriminalize Sexual Relations out of Marriage: Minister

Rabat- Following the demands of a group of activists to repeal Penal Code Article 490, which prohibits sexual relations outside of marriage in Morocco, Justice Minister Mustapha Ramid said he’d rather resign than repeal that article. 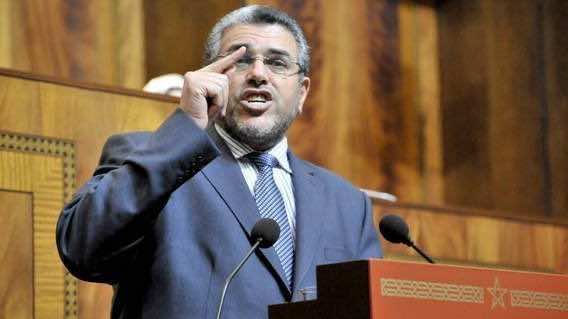 Rabat- Following the demands of a group of activists to repeal Penal Code Article 490, which prohibits sexual relations outside of marriage in Morocco, Justice Minister Mustapha Ramid said he’d rather resign than repeal that article.

Co-chairing a news conference organized by the French-language newspaper L’Economiste on Monday, Mustapha Ramid made it clear that he has no intention to amend the article in order to decriminalize sexual relations outside of marriage.

“I will not repeal the Penal Code Article 490 so that men and woman can have sex outside marriage. If this demand happened to be authenticated, I will resign,” the Minister of Justice explained.

Ramid meanwhile surprised the audience – mainly judges and members of civil society – when he said that there is no penal code article that criminalizes sexual relations outside marriage, “unless a complaint is filled.”

Ramid explained that police may not break into houses where unmarried couples might live. “As long as the couples do not disturb neighbors, or have a lawsuit filed against them, their sexual relations will never be criminalized.”

Under Penal Code Article 490, if neighbors file a lawsuit against an unmarried couples, they will only be arrested if the suspects confessed or if case police catch them red-handed having sex, Ramid explained.

The debate over sexual relations in Morocco has increased in intensity since 2012.. A group of Moroccan activists called on the Ministry of Justice to repeal Article 490 of the Penal Code, authorizing premarital sexual relations between adults.

This debate provoked Moroccan clerics, who saw the demand as a grave threat to the moral and spiritual well-being of Moroccans.

The criminalization of premarital sexual relations is based on Islamic law, which bans unmarried people from engaging in sexual activity.