Washington D.C - During a United Nations meeting in Geneva in 1993, I was approached by a Polisario representative who wanted to discuss a possible Amnesty International (AI) assistance in the release of Moroccan prisoners of war (POW) held at the time by the Algerian backed guerilla. I explained to the Polisario envoy that AI’s mandate does not include POW mediations but assured him that I would relay the information to a Moroccan diplomat.

By
Hassan Masiky
-
Hassan Masiky was born in Kenitra, Morocco, and is based in Washington as a blogger and freelance writer.
Oct 29, 2015
Spread the love

Washington D.C – During a United Nations meeting in Geneva in 1993, I was approached by a Polisario representative who wanted to discuss a possible Amnesty International (AI) assistance in the release of Moroccan prisoners of war (POW) held at the time by the Algerian backed guerilla. I explained to the Polisario envoy that AI’s mandate does not include POW mediations but assured him that I would relay the information to a Moroccan diplomat.

To my surprise, he turned to me laughing and said: “only Basri can handle this business, we know he is “Monsieur Sahara” with a carte blanche from the King to make quick decision.” He added: “we don’t like Basri but we trust his word.” I declined to help and the rest is history. U.S. Senator John Mc. Cain intervened years later and all of Morocco’s POWs returned home. 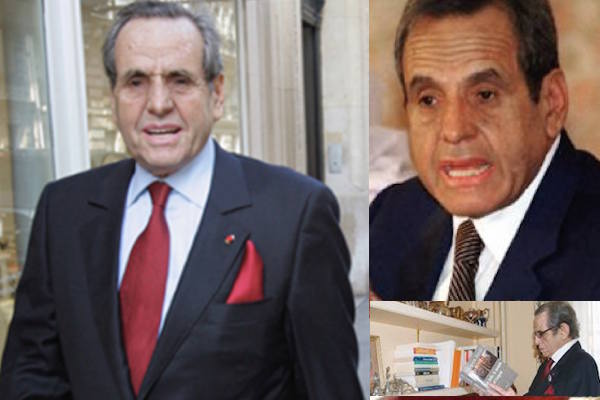 This encounter opened up my eye to the reasoning behind Morocco’s late King Hassan II’s doctrine of delegating  all aspects of the Sahara dossier to one man and one man only, his late Interior Minister Driss Basri.

The recent diplomatic debacle with Sweden has started a public debate over the Palace’s handling of the Sahara dossier. Some Moroccans took to social media to argue that a political party should run the Foreign Affairs Ministry, but most of the comments were actually in support of the King keeping a watch over the diplomatic affairs.

While it is hard to corroborate stories about the Palace’s foreign affairs policy assessment mechanisms, it is becoming evident that different advisers and agencies compete for the king’s ears and attention in running the Sahara affairs.

Such a process seems to be behind the slow moving Moroccan diplomacy and the delay in issuing directives. Morocco seems to be in a perpetual diplomatic panic, and continual spate of international crises that can turn into full-blown disasters at any time.

These predicaments reinforce the need of assigning one envoy that the King trusts with vast discretionary power over the Sahara dossier. This new “Monsieur Sahara” will energize the Moroccan diplomacy and speed up the decision making process when emergencies and crises arise.

King Mohammed VI has several good men he can trust with such monumental job. The centralization of management of the Saharan affairs will sharpen the image of Morocco around the world.

In fact, The King can choose from some of his men who have proven their abilities and skills in agencies that have performed well in running some of the Sahara operations.

Basri’s impact and actions in the Sahara will remain controversial. He certainly made mistakes but also accomplishments. However, the fact that he was the face of the Kingdom and the brain behind some of the assessments in the conflict made Moroccan foreign policy coherent and steadfast.

Many of the Polisario’s defectors made the move to go back to Morocco because they knew who to contact and how to do it. Morocco’s friends and foes had in Basri the vehicle to send messages directly to the King. It made the Kingdoms affairs rum smoothly and effectively.

King Hassan’s doctrine may have not solved the Western Sahara conflict but it made the Moroccan positons clear and concise. A “Mr. Sahara” will enhance the King Mohammed VI policy and give him room to try different approaches.