New York - Like everyone, I was saddened by the terrorist attacks that targeted the French capital on Friday night. I was saddened for two reasons: first, because these attacks took place in a country that is close to my heart where I spent one of the most important periods of my personal and professional life, and second, because I was quite sure the perpetrators of these heinous acts were from ISIS, and thus my religion would be blamed by millions of simpleminded people for this tragedy. 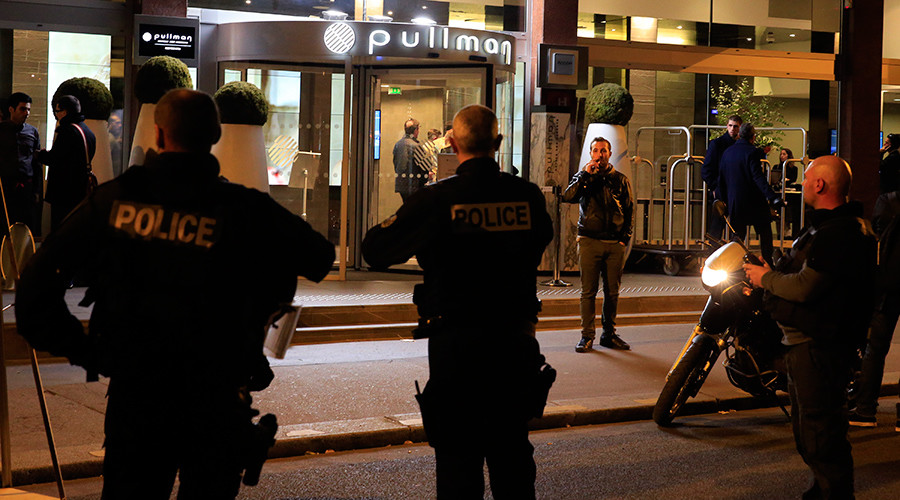 New York – Like everyone, I was saddened by the terrorist attacks that targeted the French capital on Friday night. I was saddened for two reasons: first, because these attacks took place in a country that is close to my heart where I spent one of the most important periods of my personal and professional life, and second, because I was quite sure the perpetrators of these heinous acts were from ISIS, and thus my religion would be blamed by millions of simpleminded people for this tragedy.

While I expected to see an outpouring of solidarity with the French people from all over the world, I was quite surprised to see thousands of Moroccans change their profile picture to the French flag.

In light of the equally deplorable bombing of Beirut just the day before, people who follow the trend should think a moment before changing their profile pictures to support France. Is a Lebanese life worth less than a French life? Should they not have also shown their solidarity with Lebanon after the deadly attacks on Thursday? Where was their solidarity when Tunisia suffered two horrendous terrorist attacks earlier this year? Do people who now change their profile pictures to the French flag do so out of guilt that a band of criminals hiding behind the name of Islam is behind these horrendous, despicable attacks? Do they change their profile pictures just to be labeled as moderate Muslims?

I see no viable explanation for the different reactions, especially given that only 24 hours before the Paris attacks twin bombings rocked Lebanon, resulting in the death of 43 people and leaving more than 200 injured. As I watched events unfold during Thursday and Friday, I saw no expression of sorrow or empathy with the Lebanese people on social media. Neither did I see any American, French, or Spaniard change his or her profile picture in solidarity with the Lebanese people. Lebanon was left to mourn its deaths alone without any international support.

But as soon as the Paris terrorist attacks occurred, many people rushed to change their profile pictures with that of the French flag.

It is surprising to see how people get easily carried away and simply follow the trend set by the big corporations, such as Facebook, that tell them what they should and should not do. Just because some corporation told them to put the French flag, they followed the “order

It is puzzling to see that the same people who now don the French flag, did not do the same when over 1,600 Muslims died in tragic circumstances in Mecca on the Eid Al Adha holiday on September 24. Why did they not change their profile pictures to a picture of Mecca or verses of the Quran to show solidarity with the victims and their families? And why did people in the West not show solidarity with the Mecca victims by changing their profile pictures?

I personally love France, and I love the French people. This country holds a special place in my life and will always remain dear to me. I have lived there and I have unforgettable memories there, and also feel deeply sad for what happened to them. I have always stood up to defend it and to explain to people who have never been to France that, despite the stereotypes about French racism, the country is one of the most welcoming countries on earth. I know this based on my own experience, and the likes of Marine Le Pen and Erik Zemmour will never make me change my opinion about this great country.

But in our rush to show solidarity with the French people, we should not forget that we as Muslims, have the moral duty to stand in solidarity also with the Palestinians, Lebanese, Iraqis, Syrians, Libyans, and Yemenis whose lives are lost every single day. Not a day goes by without us hearing the sad news of bombings in Iraq or Syria or the killing of innocent Palestinians. These people are living in daily fear for their own lives, and they do not have a minute of respite.

People have to be careful not to unconsciously accept that the tragedies that happen in the Arab world are something normal, but when something happens in a Western country it is a disaster with worldwide reverberations.

As much as I feel sorrow for the French people, I feel deep sorrow for the suffering of the Lebanese people, as well as for the Iraqis who are paying for the criminal acts of unscrupulous Western leaders such as George Bush and Tony Blair. Should we forget that Iraq, the cradle of civilization, was reduced to nothing, annihilated because of the greed of the likes of Dick Cheney, Paul Wolfowitz, and the like? Should we just accept as a normal that over 1.5 million Iraqis died and over 3 million were maimed because of the war imposed on them by Western countries?

Are we oblivious of the fact that the Gaza Strip has been under an illegal Israeli siege for the past 8 years, in total disregard of international law and all the relevant United Nations resolutions calling for it to end its immoral siege? Can we accept as something trivial the suffering of the Palestinian people in the West Bank and the inhuman policies adopted by the Israeli government against them?

When we forget to remind the international community that there is an acute need to address all the pressing issues affecting many Arab countries, we do a disservice to ourselves, to our religion, and to other peoples, such as the French people, who aspire, as much as we, to live in peace. Meanwhile, we allow the criminals of the so-called Islamic State to have excuses to use in order to brainwash a tiny minority of so-called Muslims and hijack our faith.

As Muslims, we have the moral duty to condemn the heinous attack perpetrated by the likes of the ISIS criminals and fight their ideology, but also to remind the international community that there is more of a pressing need than ever to stop the suffering of many Muslim countries, and of the Palestinians.

Our memories should be neither short nor selective. We have to show our indefatigable solidarity with the suffering of every people that need our support. Let us not accept a hierarchy between people, nor that the lives of some are worth more than the lives of others.

Muslims are not second-class human beings, and the world has to be reminded of this fact. Whenever a human life is lost, whether it is a Muslim, a Jew, a Christian, or a person of any other religious persuasion, the same level of solidarity should be expressed by all of us.

We are all equal and should be treated as equals. The life of an American, a French, or a Briton has no more value than the life of a Moroccan, a Lebanese, or a Syrian.