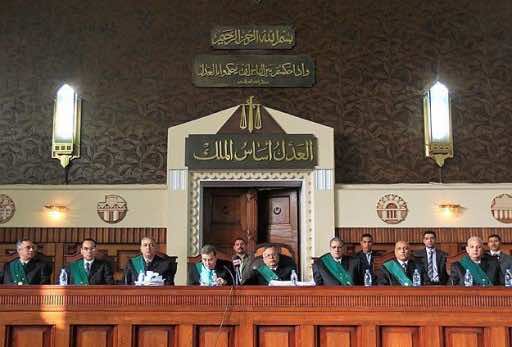 Rabat – An appeals court in Egypt overturned on Wednesday the death sentences of 149 members of the country’s Muslim Brotherhood party, who were convicted for their involvement in the deaths of police officers in August 2013.

Last February, 189 people had been sentenced to death in connection with the incident although over 30 of these still remain charged. They were found guilty  and have not yet surrendered, according to reports by AFP.

The incident in question took place on August 16th 2013, when Egyptian security forces killed hundreds as they broke up protest camps set up following Mohammed Morsi’s ousting as President. The protests reflected the mass opposition to Morsi’s tenure as leader of Egypt.

Supporters of the Brotherhood then attacked police stations in Kerdasa and Minya in retaliation, which resulted in the death of 16 police officers.

Mr. Morsi, the Muslim Brotherhood candidate, was the country’s first democratically elected president. He was himself sentenced to death in May of 2015, having escaped imprisonment for allegedly inciting members of the Brotherhood to carry out attacks during his demise.

Founded in 1928, Egypt’s Muslim Brotherhood says its goal is to be a peaceful movement that values democratic principles whilst seeking ultimately to create a state governed by Islamic Law.

Despite this, Egyptian courts dissolved the Muslim Brotherhood’s political body, the Freedom and Justice Party (FJP), in 2014. Egypt’s current leader, Abdel Fattah El-Sisi, has also declared his intentions to eradicate the group altogether, which he believes “poses a major security threat to the country.”

Amnesty International, among other human rights organizations, have condemned El-Sisi’s attitudes towards religious freedom, stating that, under his control, there has been a “dramatic deterioration in human rights.”