Rabat  -   Morocco is a role model in terms of peaceful coexistence between religious minorities, said on Saturday in Rabat Gilles Pargneaux, member of the European parliament. 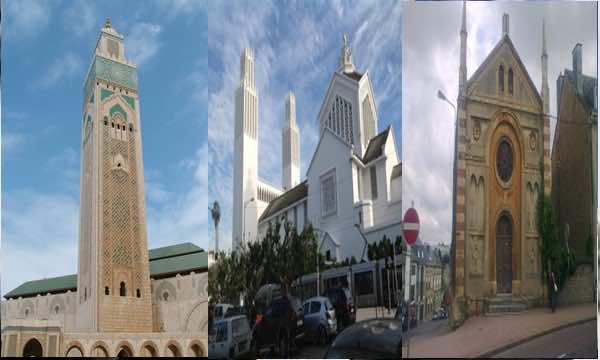 Rabat  –   Morocco is a role model in terms of peaceful coexistence between religious minorities, said on Saturday in Rabat Gilles Pargneaux, member of the European parliament.

“We remember with emotion the protection of Moroccan Jews during World War II by the late King Mohammed V”, said the European Deputy at the parliamentary forum on social Justice, which kicked off on Friday.

“It is so rare to observe synagogues and mosques face-to-face as seen in Oujda or rehabilitation by a municipality of 22 ancient synagogues, which the city of Casablanca did in 2015,” noted Pargneaux, who is the Chairman of the EU-Morocco friendship group at the European Parliament.

He added that achieving social justice requires respecting minorities as well as diversity, stressing the importance of setting up strategies to fight against youth unemployment.

Pargneaux also stressed the importance of South-South cooperation, in particular among Maghreb countries.

Held under the theme “Promoting human dignity to make living together possible”, the two-day forum aims to strengthen the role of parliamentary action in promoting social justice.

Experts, academics and representatives of the UN, international organizations, the Inter-Parliamentary Union (IPU), parliaments of several countries and the civil society take part in the Forum, which coincides with the celebration by the UN of the world day of social Justice.