Rabat - A Muslim has participated in and reached the finals of Mister Gay Belgium (MGB) for the first time ever. 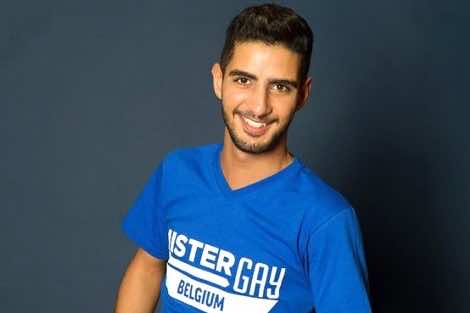 Rabat – A Muslim has participated in and reached the finals of Mister Gay Belgium (MGB) for the first time ever.

Abdellah Bijat is a 22-year-old Belgian-Moroccan homosexual whose participation in the pageant-style competition has stirred up controversy in Belgium because of his religious affiliation.

In an interview with Belgian radio station Studio Brussel, Bijat said, “I want to show that 2016 should be a feasible year for the existence of different cultures, including Islam, in order to all live in peace. It should be feasible for everyone to accept people as they are.”

Through his participation and strong desire to win the title of MGB 2016, Bijat hopes to break the taboo of homosexuality in Islam. “The religion is somewhat contradictory when it comes to its stance on homosexuality,” he said.

“The Koran says that we should tolerate each other – this means we have to respect others regardless of their choices and way of life,” he explained.

The organizers of MGB noticed that in the past seasons, there were Muslim candidates who came to the auditions but they retracted their candidacy because of “fear and suppression from their families.”

Bijat noted that many homosexuals are currently “asylum seekers in Belgium because of their sexual orientation,” which is prohibited in their culture.

The 22-year-old nominee expressed his “delight to receive positive feedback from his family and his friends from Belgium and the Middle East.”

Bijat described his participation in the MGB as a “challenge to prove his strength to people who do not accept homosexuality.” He also expects his nomination for the final round of the contest will help to integrate homosexuals into their communities and “become accepted as human beings.”

The final round of Mister Gay Belgium will take place on May 28, in the city of Antwerp, Belgium.