Casablanca - I am still in shock, obsessed with the frightening image of that young man bearing a metal bar in his hand and beating another young man. Both of them are in a football stadium, and both are a reflection of who we really are. 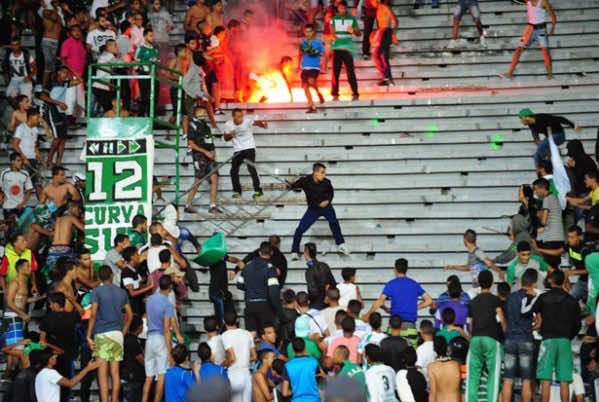 By
Aziz Daouda
-
Aziz Daouda is the current technical director of the Confederation of African Athletics (CAA).
Apr 2, 2016
Spread the love

Casablanca – I am still in shock, obsessed with the frightening image of that young man bearing a metal bar in his hand and beating another young man. Both of them are in a football stadium, and both are a reflection of who we really are.

The image is embarrassing, a wide-ranged massacre.

I wonder what the image of that bare-handed officer trying bravely to stop the evil demonstrators! David versus Goliath!

Would a uniform stop a young man in an exceptional state, armed with a stiff bar and acting in a barbaric manner?

What happened in the stadium is just a scene, an extract of a serious and persistent reality; it is a condensed image of a dull daily life.

Violence is so tangible. The question now is whether there is a citizen, or any of their relatives, who have yet to be a victim of this violence.

In my closest circle of friends, my wife has suffered, one of my sisters has been a victim, a colleague has been injured, and a friend was attacked with her minor children in her car in the city center. A nut thrown at the windshield of her car, fortunately she reacted well by increasing her speed rather than stopping.

This is all symptomatic of what happened in Casablanca.

These behaviors lie originally in unemployment and its consequences; frustration, the unclear future, inequality, and injustice.

Our educational system produces of thousands of uneducated and illiterate children each year, despite the 25 or 26% of the spent budget. Our society is broken due to an urbanization phenomenon that does not consider the elementary needs of the population, the culture, the traditions, nor the capability for managing available resources.

We have bastardized the education system to an irreplaceable degree. It is no longer capable as a means for training and supervising future generations.

As a result, we have lost everything: our values, our education, family, and genuine human compassion.

Instead of identifying problems and addressing them, we restrict ourselves to ideological issues from another time, and avoid the necessary political discussions.

I do not excuse these young men for what they did. Nor have I forgiven them. Yet, I do feel pity for these young people who are victims of delinquency. We must not forget their relatives are the first and most affected victims of this phenomenon.

In the meantime, I would like to thank Allah for awarding us with the rains and snows. I’d also like to congratulate, in the names of you all, the couples who have received beautiful little babies, including my friend Ramsis.

It is our responsibility to care for this new generation of Moroccans. We must question the type Morocco we wish to build for the future.