Morocco World News
Home News Morocco 2016 ANRT Survey: Nearly Half of All Moroccans Own A Smartphone

Rabat - The results of an annual survey conducted by the National Telecommunications Regulatory Agency (ANRT) show that nearly one out of every two Moroccans now owns a smartphone. 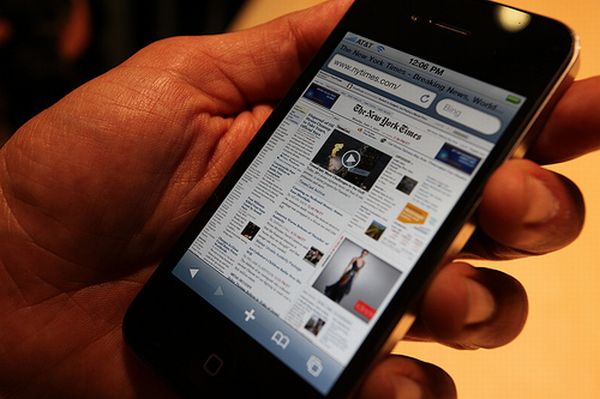 Rabat – The results of an annual survey conducted by the National Telecommunications Regulatory Agency (ANRT) show that nearly one out of every two Moroccans now owns a smartphone.

The agency’s survey, which was carried out in the first quarter of 2016, estimated that 15 million smartphones are currently in use in the kingdom and two-thirds of Moroccan households now have direct access to the Internet, up more than 16 percent from last year.

The 2014 edition of the survey’s results said citizens owned a total of 5.3 million smartphones and 38.2 percent of Moroccans between the ages of 12 to 65 benefitted from the advanced mobile technology. This year, 54.7 percent of the same age group of Moroccans had a smartphone, while 94.4 percent had some form of cellphone.

“The main reasons for the ownership of non-smartphone equipment declared by the individuals surveyed are lack of utility and complexity of use.” the ANRT explained, according to the news magazine Telquel.

More than half of respondents use their mobile phones to access the Internet. The numbers are slightly higher in urban areas (59.1 percent) than in rural areas (34.8 percent).

Most people (89 percent) used the Internet on their smartphones to access social networks, while others used it to download mobile applications (77.2 percent), exchange text messages (65.1 percent), check emails (51.1 percent), share Internet access (34.3 percent) and use a navigation service (23.6 percent).

Portable tablets made up more than a quarter of the number of computers (15 percent in 2014) last year and laptops constituted 55.2 percent (51.7 percent in 2014) of computing devices. These developments occurred at the expense of the desktop, which experienced a significant decline.

This craze for smartphones occurs at time when the popularity of fixed telephone lines has regressed over the past six years.

“The main motivation of a fixed telephone line in the household is ADSL internet (75 percent),” the agency said.

The annual National Survey of Information Technology and Communication (ICT) performed tracks the evolution of the equipment and use of computers and cellphones by Moroccans and the consolidation of certain trends in the telecommunications market, Telquel said.