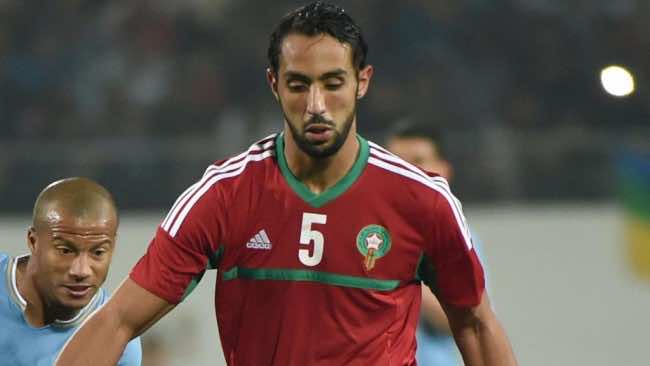 “We mustn’t get ahead of ourselves – we’re in a rebuilding phase, and we’ve been blooding new players. Our squad is made up of a mix of experienced heads and young, vibrant talents with impressive potential,” the Moroccan defender told FIFA.com in an exclusive interview.

Since signing for Bayern from Roma, Benatia has developed into one of the Atlas Lions’ leaders, both on and off the pitch. “After Houssine Kharja left, I became one of the stalwarts of the team, and I felt like I had a certain responsibility on my shoulders,” he recalled.

“Now I use my experience to guide my team-mates on the field and to bring something extra to matches. I don’t wear the captain’s armband, but that doesn’t stop me from giving advice to everyone, so that the team makes progress and that we go as far as possible in future competitions,” he added.

Morocco is the first team to book its spot at the 2017 CAF Africa Cup of Nations in Gabon.

“Renard has already won the Cup of Nations twice, but that doesn’t necessarily mean that we’re going to lift the trophy in Gabon,” the composed defender pointed out.

“We’re heading to Gabon to represent Morocco as best we can and to go as far as possible. All of the competing teams will have their eye on the title, and we would be very proud to win it. Without that kind of mindset, you’d be better off just staying at home,” Benatia stressed.

The winners of the upcoming Cup of Nations will qualify for the FIFA Confederations Cup 2017, which should increase the level of competition between the teams, any one of whom would be delighted to gain a sneak peak of certain 2018 FIFA World Cup™ stadiums one year prior to the big kick-off.

“We’d really like to take part in the 2017 Confederations Cup, which is a very prestigious event,” said the French-born center-back. “But as I explained earlier, we have to be realistic and take each match as it comes. We’re going to try to go as far as we can in the Cup of Nations, and then we’ll see what happens.”

“It’s understandable that people back home are dreaming of qualifying for the World Cup. I would be so proud to represent our country in Russia and bring a smile to the faces of our fans. But the road is long and difficult,” he explained.

As they do at every national-team gathering, the Moroccan players have recently been discussing this lofty objective. “We’ve been talking about the World Cup for a long time,” Benatia confirmed. “But we’re currently very focused on our next few matches, so we’ve put all Russia 2018 talk to one side until the start of our qualifying campaign at the end of the year.”

The talented Moroccan may have played for some of Europe’s biggest clubs, but participating in a World Cup still remains one of his major aims. “As a professional, I hope to play in the World Cup one day,” said the Bayern Munich star. “I play for an illustrious club, and I would love to lead Morocco at such a high-profile event. That’s something our supporters have demanded, and if we were to get there, every Moroccan would be over the moon.”

On 24 June, all African football fans will likely turn their eyes towards Cairo for the draw for the third round of African qualifying for Russia 2018.

“The teams in neighboring countries are pretty good,” he said. “Algeria and Tunisia have strong sides and everyone knows how great Egypt are. We respect everyone but fear no one. I don’t necessarily want to avoid anyone, but like any player, I’d like the draw to be kind to us. It would be nice to not have to play some of the continental heavyweights, but I should repeat that we’re not afraid of anyone.”