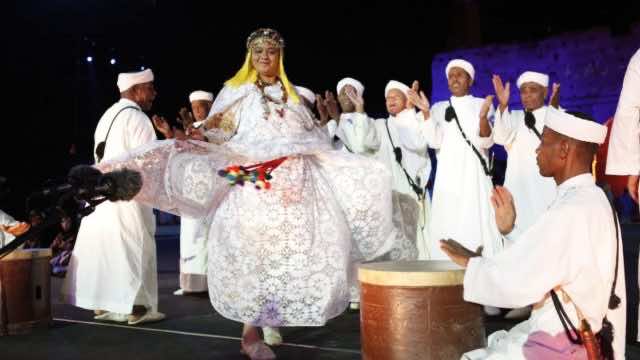 Marrakech – The National Festival of Popular Arts is an annual festival held in Marrakesh. It was first established in 1960 by King Mohamed V and has gained lots of popularity throughout the years.

It is one of the oldest festivities of its kind and features traditional music, theatre, poetry and art. Although the festival is considered a national festival to celebrates Moroccan tradition, it also welcomes and supports international groups and artists.

In this festival, Moroccan rhythms, dances and songs from various villages, which have survived multiple generations, give insight into the diversity of the Moroccan popular arts throughout the ages.

Collaboration of cultures both new and old come hand in hand to create a memorable performance. The combination of both ancient and modern cultural elements and traditions in Morocco encourages the new generation to hold on to their roots and reminds the older generations of the “good old days.”

Throughout the years, there have been electrifying performances by people from all parts of Morocco and world. Previous performers included Rayssa Fatima Tachtoukt, an amazighi singer; the Orchestras National des Barbès, a Franco-Algerian Gnaoua group with elements of rock, jazz, and reggae; and Hamdallah Rouicha, son of the deceased Mohamed Rouicha.

This year, the festival is being held in Theatre Royale and El Badi Palace from July 1st July 31st. Similar to the previous editions, this year’s edition of the National Festival of Popular Arts will include both international and national artists. Furthermore, there will also be groups singing Malhoun, a form of music that originated in Morocco that means “the melodic poem.”