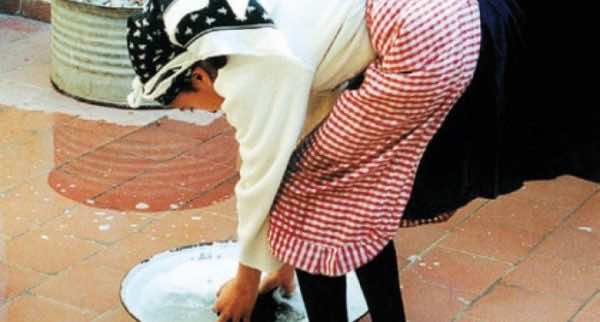 Rabat – A new law adopted by The House of Representatives in Morocco will require an improvement of the current conditions for domestic workers, many of whom are minors, physically and verbally abused, severely underpaid, and deprived of the right to education.

Human rights activists say this new law is groundbreaking, since it will require written contracts for domestic workers and will push the working age to 18 years old.  The amount of hours 16 and 17 year olds can work will be limited to 40 hours per week.  For adults, 48 hours per week is the maximum.  It will require employers to pay their workers 1,548 dirhams per month, or 158 U.S.D., and if this isn’t respected, employers will be fined.

The new law, passed on July 26, is expected to go into effect exactly one year after it was passed, Human Rights Watch said.

According to Human Rights Watch, it found, during an investigation, that domestic workers as young as eight, had been deprived of education, endured physical and verbal abuse, often worked overtime, and sometimes weren’t fed adequately.  During a Human Rights Watch investigation led in 2012, it found that some of those children worked seven days a week and twelve hours a day, for only 11 U.S.D. per month.  To add, some of those children were beaten with belts, wooden sticks, shoes, and plastic pipes, Middle East Eye reported.

“This new law is groundbreaking for domestic workers in Morocco, so many of whom have been exploited and abused,” said Ahmed Benchemsi, Middle East and North Africa Communications and Advocacy Director at Human Rights Watch.  “But wage and working hour provisions still fall short, especially the new minimum wage for domestic workers, which is much lower than the legal minimum wage for other workers.”

Human Rights Watch insists, that in order to ensure that this new law is enforced, Morocco must encourage public awareness about the laws provisions to keep people aware.  It says the government should train employers and officials about enforcing and publicizing penalties if any of these rules are broken.  It urges that labor inspectors should be able to interview, question, and inspect working conditions for domestic workers at any time, and any place.