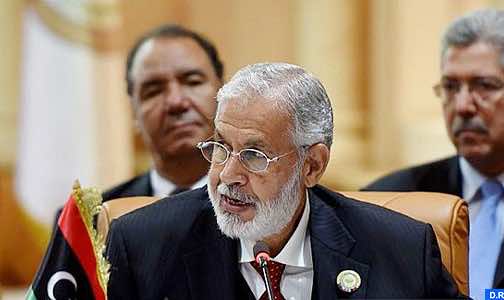 “The support of HM king Mohammed VI to Libya is firm and constant,” Taher Siala told the press following a meeting with his Moroccan counterpart, Salaheddine Mezouar, on the sidelines of the 71st session of the United Nations General Assembly.

Talks with Mezouar, which focused on several current issues including the “alarming” situation in Libya, are part of the ongoing consultations between the two sides, he added, noting that these meetings provide the opportunity to reaffirm the mutual support between the two countries.

Mezouar told MAP the meeting was an opportunity to express Morocco’s thanks to Libya for its constant support to Morocco’s return to the African Union and its strong support to the kingdom’s territorial integrity and the autonomy plan presented by Morocco to reach a final solution to the artificial conflict over the Moroccan Sahara.

The meeting, he went on, was also an opportunity to discuss the latest developments in Libya and to reaffirm Morocco’s stance in favor of Libya’s unity and stability.

The meeting also provided the opportunity to reaffirm the support of the Kingdom to the Libyan government of national accord and the need to seek a compromise to overcome the current difficulties, the Moroccan minister added.