Casablanca - Egypt has chosen to continue participating in the Africa-Arab World Summit despite the withdrawal of Morocco and several other Arab countries in response to the presence of the Polisario Front. 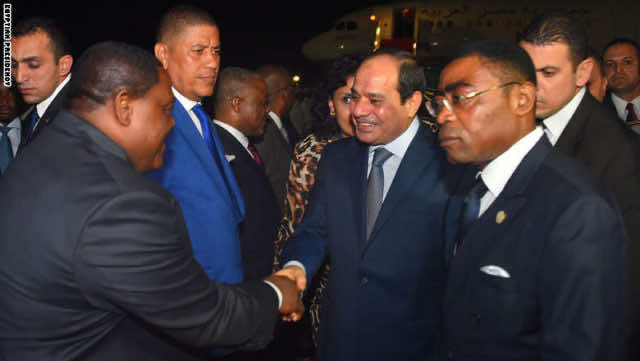 Casablanca – Egypt has chosen to continue participating in the Africa-Arab World Summit despite the withdrawal of Morocco and several other Arab countries in response to the presence of the Polisario Front.

The summit, taking place in Equatorial Guinea, witnessed the very public withdrawal of Morocco in reaction to the participation of the self-proclaimed SADR. Other Arab countries such as Saudi Arabia, Qatar and the United Arab Emirates also withdrew from the summit in a show of support for Morocco’s territorial integrity.

In sharp contrast, Egypt maintained its participation in the summit which Egyptian President Abdelfattah Al-Sisi considered a “success.”

Egyptian Presidency Spokesman, Alaa Youssef, stated that Al-Sisi’s participation in the summit was designed to reflect Egypt’s keenness to “enhance joint Arab African cooperation in order to achieve sustainable development and meet the various challenges facing the Arab and African peoples in this regard.”

The Egyptian official continued to explain that the Egyptian President followed the communications, which took place prior to the summit, to find a solution to the crisis following the participation of Polisario. He highlighted that Egypt “does not recognize the Sahrawi Republic, but it does enjoy the status of a state member in the African Union.

Alaa Youssef justified Egypt’s participation by claiming it feels a “responsibility as an Arab state in Africa,” noting that Egypt has always ensured its participation in the summit, especially in light of its history as the summit’s first host in 1977.

Abdel Fattah el-Sisi said in his statement in the opening session, “Egypt puts the achievement of peace, security and stability in the African and Arab worlds at the top of its foreign policy priorities.” He ended by thanking the entities behind “the success” of the summit.