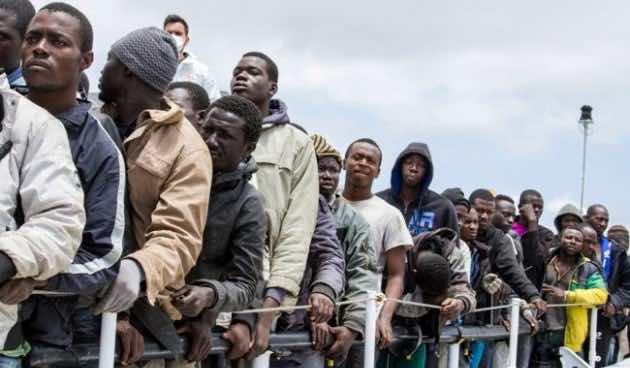 Casablanca — The news of Algeria’s mass deportation of sub-Saharan migrants and refugees has made its way to Europe.

Popular Italian newspaper “Lindro” published an article last week about the Algerian Ministry of Interior’s decision to deport a slew of sub-Saharan migrants and refugees out of the country.

The subtitle reads: “Officially, it’s part of a fight against human trafficking from Africa to Europe. In reality…”

“Since the month of December, a true black manhunt was started in Algeria, affecting neighborhoods where sub-Saharan migrants reside,” the report begins. The migrants, it says, are mostly from Cameroon, Liberia, Mali, Niger and Nigeria and are in Algeria hoping to get to Libya and then, later, to Europe.

Since the start of the mass arrests and deportations, “approximately 160,000 immigrants were arrested by the police in their homes and at their jobs. In some cases, the arrests took place outside of schools where parents went to pick up their children,” Lindro continues.

The news source goes on to list a few testimonials from the ground in Algeria. “We can’t go to work or take our kids to school anymore for fear of being arrested. Even going to the store is becoming a serious problem. As soon as you’re outside of your residence they can arrest and deport you without even giving you a chance of getting your stuff,” one migrant told RFI.

One Liberian migrant is also cited, saying, “We are not criminals. We work 12 hours a day and we sleep in construction sites. […] They call us their brothers but they treat us like slaves. But we don’t ave a choice because we’re illegal. Our goal is to save up enough money to go to Europe and be able to help our families back in our home countries.”

Last week, AU President Nkosazana Dlamini-Zuma faced backlash for her lack of interference in Algeria’s mistreatment of the refugees and migrants, especially considering that Algeria seems to be going against the 1951 Refugee Convention and the International Convention on the Protection of the Rights of All Migrant Workers and Members of their Families, both of which Algeria is party to.