Casablanca — In a somewhat controversial move, President of the African Union Nkosazana Dlamini-Zuma has remained silent on the issue of Algeria’s deportation of hundreds of sub-Saharan migrants and refugees — could this indicate an implicit alliance with Algeria? 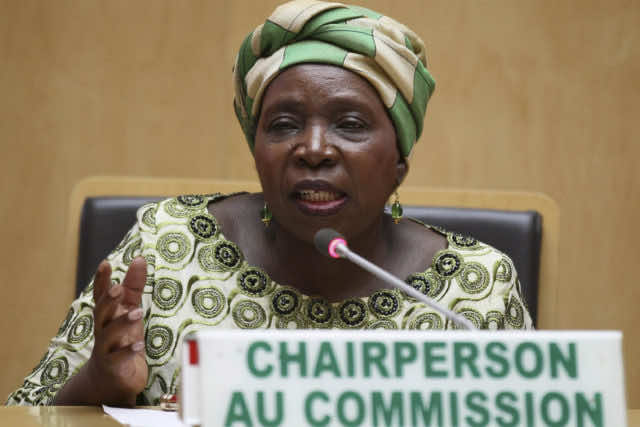 By
Ghita Benslimane
-
Ghita is a Moroccan native and a graduate of Boston University’s Film and Television program.
Dec 18, 2016
Spread the love

Casablanca — In a somewhat controversial move, President of the African Union Nkosazana Dlamini-Zuma has remained silent on the issue of Algeria’s deportation of hundreds of sub-Saharan migrants and refugees — could this indicate an implicit alliance with Algeria?

Various media across the continent (namely in Morocco, Mali, the Ivory Coast), have picked up on Dlamini-Zuma’s silence on the mistreatment and mass deportations of sub-Saharan migrants and refugees out of Algeria, labelling the utter lack of reaction as indication of an implicit alliance between Dlamini-Zuma and Algeria.

Assabah’s weekend edition, for one, says, “The silence denotes a blatant compromise with Algiers on the part of Dlamini-Zuma, who preferred to turn a blind eye to condemnations expressed either officially or by international human rights NGOS.”

Regardless of the idea of a somewhat unethical rapport between the AU leader and the union member country that is Algeria, it remains quite odd that Dlamini-Zuma has not felt compelled to denounce or even discuss, at the very least, the mistreatment of sub-Saharan migrants and refugees in Algeria, even while the injustice currently being carried out is undeniable.

Last week, an investigation carried out by RFI revealed that deportees being transported out of Algeria and to Niger by way of Tamanrasset had been fed poorly and held in deplorable conditions.

“The police won’t let us outside. If we go out, they beat us. They’re treating us like dogs,” one migrant told RFI over the phone.

On December 9, the Human Rights Watch (HRW) issued a report saying that “Algerian authorities since December 1, 2016, have rounded up more than 1,400 sub-Saharan migrants and reportedly deported at least several hundred across the border into Niger.”

The HRW report went on to demand the halting of deportations in accordance with the 1951 Refugee Convention and the International Convention on the Protection of the Rights of All Migrant Workers and Members of their Families, both of which Algeria is party to. No word, however, has yet to be given on whether or not Algerian officials intend on discontinuing the deportations in response to these demands.