Rabat - King Mohammed VI has instructed authorities to rename the alleys and neighborhood squares of Hay Essalam in Marrakech to their original Jewish names. The neighborhood will now be named El Mellah. 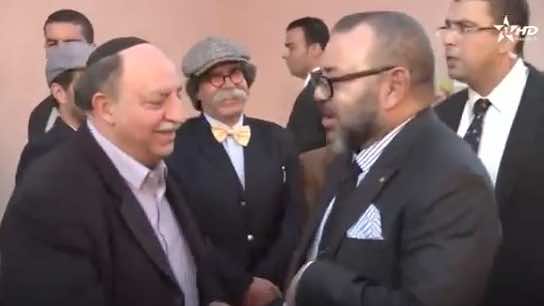 Rabat – King Mohammed VI has instructed authorities to rename the alleys and neighborhood squares of Hay Essalam in Marrakech to their original Jewish names. The neighborhood will now be named El Mellah.

A statement issued Friday by the Ministry of Interior stated that “following the blessed royal visit of HM King Mohammed VI to the Essalam neighborhood, formerly known as the El Mellah neighborhood of the city of Marrakesh, and at the request of the president of the Jewish community in this city and of representatives of this community who were present during this royal visit, King Mohammed VI, Commander of the Faithful, gave his instructions to the concerned authorities and bodies to rename the alleys and squares of the said neighborhood to their original names in order to preserve the historical memory of these sites.”

Earlier this week, the Marrakech Jewish community expressed its thanks to the monarch for overseeing the restoration of the Hay El Mellah neighborhood as part of an official urban redevelopment project.

Speaking to the Maghreb Arab Press, Jacky Kadoch, President of the Marrakech and Essaouira Jewish Community, said that these efforts display the king’s commitment to preserving the Jewish component of Moroccan identity.