Casablanca - Moroccan Salafist scholar, Hammad Kabbadj, says that Niqab is not a religious ordinance and that preventing women from wearing it is an assault on her freedom.

Casablanca – Moroccan Salafist scholar, Hammad Kabbadj, says that Niqab is not a religious ordinance and that preventing women from wearing it is an assault on her freedom.

Hammad Kabbadj, The Justice and Development Party’s previous nominee for the Marrakech-Gueliz constituency whose nomination was rejected by the governor of Marrakech, posted a video on Youtube where he explained Islam’s position on the full body garment called Niqab.

The scholar stated that all acts of worship in Islam could be split into directions and acts of perfection, which are not religiously binding. They represent the ideal. This “applies to all acts of worship, such as Islamic prayers and fasting,” he added.

“The same goes for Hijab, as God prescribed on the Muslim woman a duty and ordinance, which is covering the body with the exception of the face and hands and permitted those seeking more kind acts to cover their face,” explained Kabbadj.

Kabbadj added that two sorts of misunderstandings emerge from ignorance of this religious principle. “Preachers may wrongly impose on a women what Allah did not impose on them or may hold more extremist positions and consider its absence an absence of what Allah prescribed,” he said.

He added that officials representing the state may, on the other hand, prohibit a woman from wearing the Niqab believing it to be a religious imposition when, in fact, they are depriving her of her own free will by stopping her from wearing what she wants.

The scholar ended his video by suggesting that authorities should not interfere in religious-related issues. In his opinion, authority is not as efficient as education in fighting extremism in society. 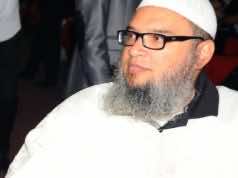