New Delhi - The Astana Talks proved vital for sustaining Syria’s fragile truce. The secretive clause of excluding Jabhat Fatah Shaam and other radical armed groups, however, has started to backfire. 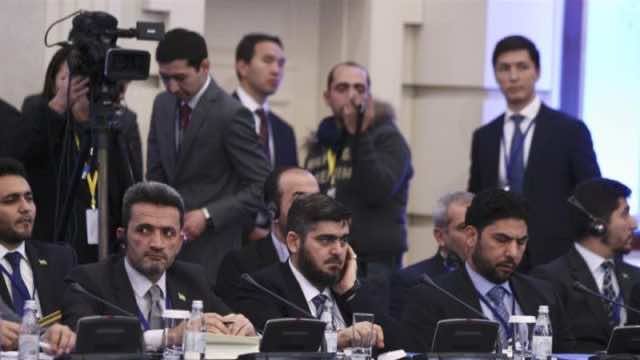 New Delhi – The Astana Talks proved vital for sustaining Syria’s fragile truce. The secretive clause of excluding Jabhat Fatah Shaam and other radical armed groups, however, has started to backfire.

Infighting began between moderate opposition and the radical Jabhat Fatah Sham (JFS) group has left the group feeling isolated. In response, it has started to advance its campaign against moderate opposition, attempting to impose its dominion over other, smaller rebel groups.

The Free Syrian Army and moderate political opposition representing the armed opposition groups had proposed to the Astana truce negotiations the willingness of the armed groups to participate in upcoming UN Geneva Talks aimed at creating a political solution to the Syrian conflict. Astana Talks were initiated under the trilateral supervision of Russia, Turkey and Iran.

The secretive clause called for bolstering the positions controlled by the Syrian regime and opposition forces during the ceasefire, yet allowed offensives against ISIS and Jabhat Fatah al-Sham (previously the al-Nusra Front). The Regime emphasized those radical elements within the opposition needed to be eliminated for a political transition of the conflict. This would effectively end the six year long armed conflict and ensure peace and security for Syrian civilians.

The Syrian regime representatives made it clear that it wouldn’t stop its offensive against Wadi Barada until the “Damascus water sources remain cut off.” The regime is now at its strongest owing to its solid backing from Russia and Iran.

The exclusion of Jabhat Fatah Sham from the ceasefire has triggered numerous battle fronts between Jabhat Fatah al-Sham and Syrian opposition factions in western Aleppo and Idlib. Russia, the U.S. and Syria are all bombing JFS positions, rendering it isolated. The coalition’s focus is now directed towards the rebel factions, which JFS “believes are the part of a conspiracy to undermine it” by co-operating with the government of Bashar al-Assad in peace talks at Astana.

To expand their geographic positions both the unified Syrian opposition and the regime are in a race to annex the territories under the current control of Jabhat Fatah Sham and ISIL, following the Astana agreement. It was agreed that these two radical militant groups have no future in Syrian politics. They were also in agreement that, to secure a long-lasting peace and political transition, these groups need to be defeated.

Jabhat Fatah Sham’s spokesperson for foreign media recently challenged its opponents, claiming that “JFS was well integrated in Syrian society” and cannot be uprooted. Any solution which JFS is not a part of will neither be accepted nor will it survive in Syria.

The consequences of not welcoming Jabhat Fatah Sham to the negotiations, and an attempt by rebel factions to isolate it, were quickly known with its major attack on Jaysh Al Mujahideen. This was widely seen as a moderate armed opposition group. Rebel opposition groups Ahrar al-Sham, Sukour al-Sham, Jaysh al-Islam, and Fastaqim united with Jaysh Al Mujahideen to ward off the attack on them by JFS in northern Syria.

Jaysh Al Mujahideen had been already weakened by Russian and Syrian aerial bombings before the truce. The result of JFS’s well organised ground attack has crippled its operational command and strength.

According to Asharq Al-Awsat, political expert AbdelRahman Al Hajj, was quoted as saying that the Astana meeting has launched battles between opposition factions and Fatah al-Islam. He said, “What happens nowadays is the first step towards ending Jabhat Fatah al-Sham or dismantling the movement.”

This infighting between radical and moderate groups will benefit the regime as it moves to consolidate its positions and keep Damascus safe from Jabhat Fatah Sham and ISIL. Their fighters are known to be highly trained, fierce and experts in modern battlefield tactics. JFS has been an arch rival to the regime and has caused the highest number of casualties for the regime forces.

After the clashes with JFS, Ahrar al-Sham released a statement criticising JFS for their attacks on other groups “without any justification or legitimate reason” and said it would help their “enemies” in isolating JFS from the other rebel groups. “We will join our brothers in the rest of the factions to prevent JFS (or others) columns to go and attack Muslims and harass them and wrongfully take their blood and money,” read the statement.

Arab League to back Russia plan on Syria: chief

Russia says to miss Friends of Syria meeting in Tunis