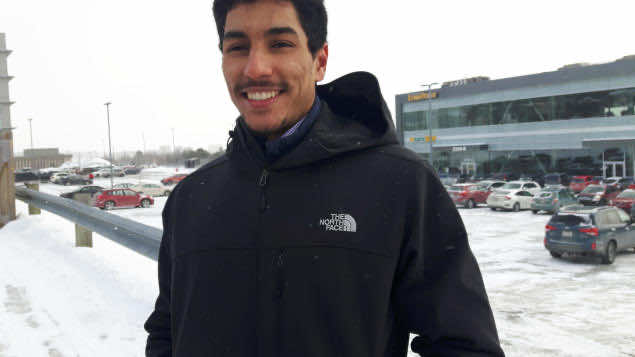 Toronto – 19-year-old athlete, Yassine Aber, was turned away at the US border, after being detained for 5 hours, despite possessing a valid Canadian passport.

Born to Moroccan parents, Aber was born and raised in Quebec and has lived in Canada all of his life. Travelling with his athletic team on Thursday, the kinesiology student from the University of Sherbrooke, was headed south of the border for a sports competition. Accompanied by his coach and 5 other teammates, Yassine Aber arrived at customs at 1:30pm on Thursday.

According to CBC’s Radio Canada online, Yassine, the only Arab individual in the group, was asked by customs officials for his cellphone and his password. Photographs and fingerprints of Aber were taken before he was ultimately turned back told he did not have the required paperwork.

His Canadian passport, which should have been all that he required to cross the border, was not enough this time. “They took me twice to an office with an agent. They made me fill in papers and made me talk about myself, where I come from, where I was born. At the end of the day, they told me they I could not enter the United States.”

When asked how he felt about the experience, Aber said “The reasons are somewhat ambiguous. I have an official paper that says I did not have valid papers, passports or immigration visas. My passport is Canadian and it is valid until 2026. I tried to get more information, but they did not want to give me any.”

According to the same source, though people have been quick to blame the incident on the controversy caused by the Trump ban, Aber is reluctant to make the connection.

“I do not know if it’s really that, the reason. I do not want to accuse anyone,” he said. Meanwhile his team and his university are hard at work determining the best way to make sure this incident will not be repeated in the future.