Rabat – We liked Asilah before we’d even really gotten to it. After wandering off the sign-less, stair-less train platform, we trudged along the highway under the weight of our backpacks and the heat of the sun. We walked towards Asilah’s ancient stone facade, planted in the distance, and as the sea cooled us, we could feel the town’s sleepy pace in the air.

The beach town’s stirring past betrays its unassuming appearance. First used by the Phoenicians as a base for trade, Asilah’s history dates back to 1500 BC. A millennium after Phoenicians, the Portuguese conquered the little city, constructing its still intact ramparts and gate-works.

After a quick power grab by the Spanish, Sultan Moulay Ismail took the city in 1692. Under local rule, Asilah developed a reputation for pirates, so much so that the Austrians bombarded it in 1829. Spanish rule returned from 1912 until 1956, and while the town has since developed a uniquely Moroccan feel, it hasn’t yet entirely shaken its Spanish flavor.

Once we found the medina’s main seaside entrance, we ducked into the austere enclosure. While it lacks the energy and bustle of some of Morocco’s more acclaimed medinas, Asilah’s ancient neighborhood makes up for its simplicity with charm. Its freshly painted, clean-lined streets wind gently into one another, differentiated only by the color of their piping and doors.

The medina’s biggest lure, however, is its artwork; every other turn exposes a full wall of vibrant illustration. In the late 70’s, Asilah’s mayor, Mohamed Benaissa, began an annual art festival in an effort to increase tourism. Today best known for its mural competition, the festival remains an important part of Asilah’s modern existence. It lends a lifeline to the quiet town, supplying a steady flow of photo-hungry young travelers.

However, Asilah’s picture-perfect medina is not the town’s only draw- people also flock to Asilah for its beaches. The “city beach”, jutting out from the town’s medieval port, invites long, rolling waves, but the town’s true gem is a near-abandoned stretch of sand 20 minutes from the medina.

Often referred to as “paradise beach”, the treasure is literally off a beaten path, but its isolation and astonishing scale are well worth the effort required to find it. In the journey’s final leg, after tumbling down a hill of wildflowers, one sees the beach’s vast splay, and behind it, a view of Morocco’s meandering coast. In the end, it’s not the tricky path home that makes one stay all day, but the peaceful feeling that comes with remoteness. 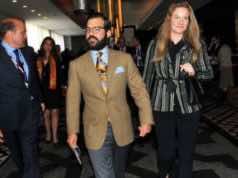 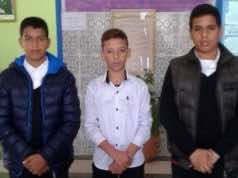