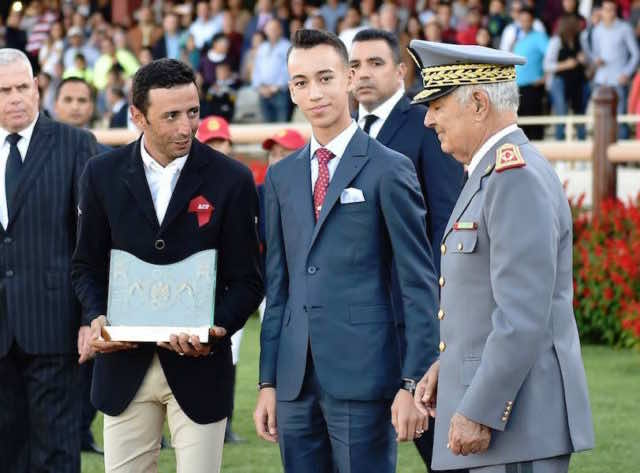 On Sunday, Prince Moulay El Hassan presided over the King Mohammed VI Show-Jumping Awards Ceremony. The Prince was greeted by Mimoun Mansouri, Commender of the Royal Guard. He was then welcomed by Minister of Youth and Sports,  Rachid Talbi Alami, and president of the Moroccan National Olympic Committee, Lieutenant-General Hosni Benslimane.

Following the introductions, the Prince was escorted to the VIP stand where he could observe the Show-jumping.

This competition was organized under the patronage of King Mohammed VI and the Moroccan Royal Federation for Equestrian Sports.