Rabat - French president Emmanuel Macron has set a precedent in his first visit to North Africa, choosing Morocco over Algeria. 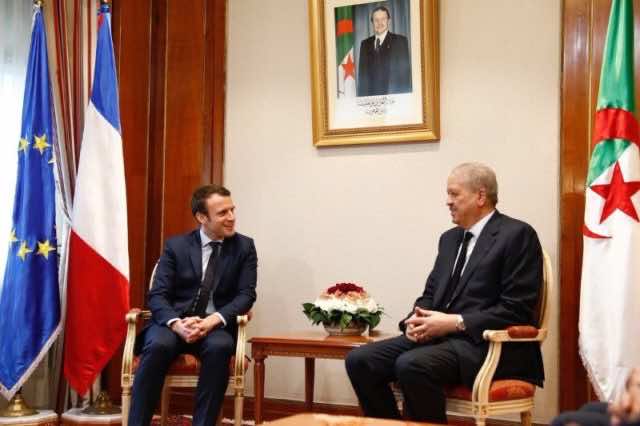 Rabat – French president Emmanuel Macron has set a precedent in his first visit to North Africa, choosing Morocco over Algeria.

“This visit proves that the relationships of friendship and cooperation between Morocco and France will continue under President Macron,” Said Benhamida, head of En Marche Maroc, told Morocco World News

The choice of Morocco did not escape the attention of Algerian media. French-speaking news outlet Tout Sur l’Algérie (TSA), known for its anti-Morocco stance, noted that Macron broke the tradition of his predecessors. All last three presidents, Jacques Chirac, Nicholas Sarkozy, and François Hollande had visited Algeria first following their elections.

“By choosing Morocco as his first visit, the French president seems like he is looking for a way to get out of this special relationship with Algeria, which led to nothing concrete in recent years, despite all promises made,” wrote TSA.

As examples of these failed promises, the website cited the treaty of friendship initiated by Chirac in 2005, as well as vows for an exceptional partnership agreement during Sarkozy and Hollande’s mandates.

During the presidential campaign in France, Macron was considered Algeria’s favorite candidate. Unlike extreme right leader Marine Le Pen and right-wing François Fillon, both seen as hardline regarding the issue of France’s role in North Africa as a colonization force, Macron represented the moderate face of France’s political élite.

In February he made a visit to Algiers, where he was received with pomp by former Algerian prime minister Abdelmalek Sellal and former foreign minister Ramtane Lamamra. Macron’s criticism of French colonization, calling it a “crime against humanity,” appealed to his Algerian audience.

“During his stay in Algiers, Macron benefited from a treatment worthy of a head of state,” wrote French magazine Le Point.

Two months after his visit, the then-presidential hopeful was highly praised by Lamamra, who was all smiles while commenting on Macron’s win in the first round in the presidential elections.

“Emmanuel Macron is our friend. He is a friend of Algeria. That’s a fact. We will be looking forward to seeing the results of the second round,” he told Algerian press.

A Turn of the Tables

The now-president’s visit to Morocco has come to cast doubts over this “friendship.”“France-Algeria : The End of a Forced Friendship?” reads a title by TSA on June 9. The choice of words is highly significant, underlining a sense of disappointment from the Algerian side. This is highlighted even further by what TSA presented as hindsight, giving a different interpretation today to Macron’s statement on colonization back in February.

“Algerians [saw] it as a sign of friendship. But for Macron, it was certainly the first step towards an exit from a forced friendship between the two countries.”

Le Matin, another Algerian French-speaking news outlet, used a strong tone against Algerian officials, deploring what they saw as a lack of realism in jumping to conclusions about Macron’s friendship.

“Everybody knows that there’s a power vacuum in Algiers,” wrote le Matin, referring to President Abdelaziz Bouteflika’s crumbling health state. “It seems impossible for Emmanuel Macron to come to Algeria while an ailing man is the head of state.”

Geo-political Back and Forth

For years, Morocco and Algeria have competed for strong relationships with France, seen as a crucial diplomatic ally and major trading partner. Both countries’ relationships with their former colonizer have been characterized by ups and downs.

Traditionally, Morocco enjoyed better relationships with France under right-wing presidents. Ties between Rabat and Paris were seriously undermined during Socialist François Mitterrand’s presidency in the 1980s and mid 1990s. The issue of Western Sahara and Morocco’s human rights record had been the main sources of discord. Socialists were seen as pro-Algeria and pro-Polisario.

The ascension to power of the right-wing president Chirac marked a turnover in the relationships between Rabat and Paris. Under Chirac and his successor Sarkozy, France favored Morocco over Algeria. However, during the first half of Socialist president Hollande’s mandate, the friendship was set back to the Mitterrand era when Morocco’s chief of domestic intelligence, Abdelatif El Hammouchi, was summoned by an investigating judge during a visit to France in February 2014.

Morocco’s decision to suspend security and judicial cooperation with France during a year-long dispute led Paris to seek an end to the argument, especially after the terrorist attack on Charlie Hebdo headquarters in January 2015. Since then, ties between grew friendlier.

With the presidency in the hands of Macron, an outsider centrist politician whose election has marked an end of the traditional hegemony of the right and left over French politics, Morocco and Algeria are adjusting to this power shift.

In the meantime, rivalry is set to continue over which of the two countries will secure have better relations with the former colonizer.

Macron’s visit to Morocco could yet be an indication the Kingdom has still an edge over its neighbor. 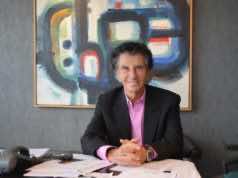 France-Morocco: A Rich Past and a Promising Future 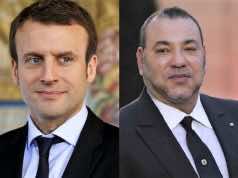