Rabat - Morocco’s neutrality in the Gulf crisis and its offer to mediate between the Gulf countries appears to have upset Saudi Arabia and United Arab Emirates whose state-owned media have made “provocative" moves towards Moroccan territorial integrity.

Rabat – Morocco’s neutrality in the Gulf crisis and its offer to mediate between the Gulf countries appears to have upset Saudi Arabia and United Arab Emirates whose state-owned media have made “provocative” moves towards Moroccan territorial integrity.

The documentary, which was originally released in 2016, was broadcasted anew on Wednesday. It was excerpted and shared widely among outraged Moroccan social media users.

The re-broadcast calls the disputed territory between Morocco and separatist Polisario “Western Sahara” and not “Moroccan Sahara.”

The documentary also calls the Polisario Front the “Sahrawi Arabic Democratic Republic (SADR)”, calling for “self-determination” for the population of “Western Sahara,” adding “the [Moroccan] government considers it a Moroccan land that has been recovered from Spanish colonialism.”

It also notes that the self-proclaimed SADR regards “Morocco as an ‘occupying power.” A similar narrative was never the norm in Saudi media.

Similarly, the UAE’s “Abu Dhabi” channel broadcast a show on Morocco which represents the Western Sahara territory as separate from Morocco. 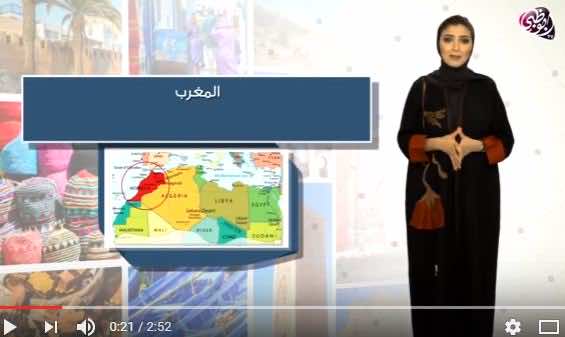 Saudi Arabia and the UAE have always shown support to Morocco regarding the Sahara. However, the latest stances of the of the two countries’ media arms are sending the wrong message to the Moroccan people. This move challenges the strength of the relations between Morocco and these countries.

In 2016, during the first Morocco-GCC summit in Riyadh in the presence of King Mohammed VI, in a speech that “the question of Moroccan Sahara has always been the cause of Gulf countries as well.”

He added that, in 1975, delegations from Saudi Arabia, Kuwait, Qatar, the Sultanate of Oman and the United Arab Emirates all took part in the Green March for the recovery of “our southern provinces.”

The current diplomatic crisis in the Gulf came following the decision Saudi Arabia, Bahrain, the United Arab Emirates, Egypt, Yemen and Libya, and the Maldives on Monday, June 4 to sever their ties with Qatar over its alleged support of “terrorism.”