Rabat -  The Moroccan student community in Ukraine is mourning the loss of a dental student who was fatally stabbed on Sunday, June 25 in Kharkov, Ukraine. 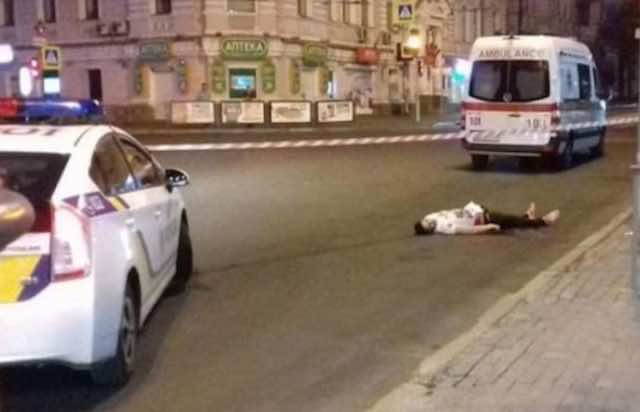 Rabat –  The Moroccan student community in Ukraine is mourning the loss of a dental student who was fatally stabbed on Sunday, June 25 in Kharkov, Ukraine.

Mohamed El Mouatamid, 24, was a second-year university student from the western Moroccan city of Essaouira.

Russian news outlet News Front reports that the student died due from a loss of blood following a knife attack by an unidentified assailant, who managed to escape. Hespress attributed the death to “neglect” by authorities.

Some fellow Moroccan students told Hespress El Mouatamid was attacked by a Ukrainian, but others claimed the assailants were three Russians.

The murder has sparked a furor among the community of Moroccan students based in eastern city of Ukraine, especially following a non-reaction by the Moroccan embassy in Ukraine.

A YouTube video shows the deceased lying on the street, surrounded by his Moroccan colleagues shouting at the members of the Ukrainian police force.

A Moroccan female student is heard speaking in Moroccan dialect, saying in tears, “Who has he beaten him,” adding “Country of sh*t. “Sh*t, what a f**king country it is.”

Photos posted on the local police’s Facebook page show the bloody place where the young victim was murdered.

Following the tragic incident, students from Morocco and other Arab countries staged a sit-in outside a police station in Kharkov, calling for the arrest of the perpetrators.

The students have also started fundraising to send the corpse of the deceased to Morocco after his body is released from the morgue.

The local Investigation Department has started criminal proceedings under the Ukrainian Criminal Code for premeditated murder.

Morocco World News has contacted sources close to the matter in Kharkov and will provide updates as information comes in.