Rabat - Moroccan film producer, Khadija Alami, has been invited to serve on the panel of film experts that form the Oscars Jury Committee, becoming the first Moroccan woman to take on such a position, alongside Moroccan filmmaker, Nabil Ayouch. 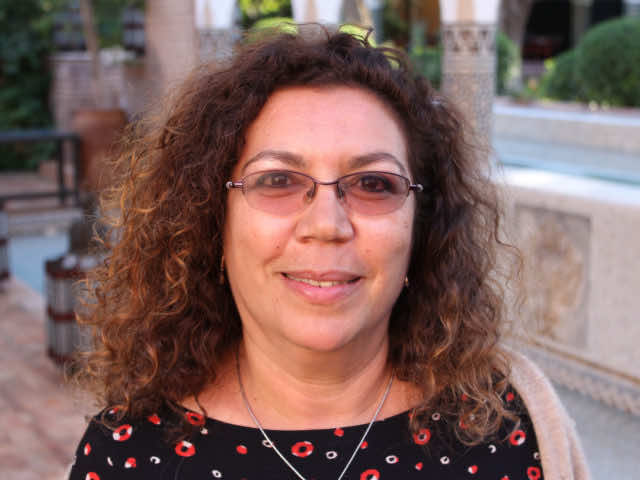 Rabat – Moroccan film producer, Khadija Alami, has been invited to serve on the panel of film experts that form the Oscars Jury Committee, becoming the first Moroccan woman to take on such a position, alongside Moroccan filmmaker, Nabil Ayouch.

Sitting down with Moroccan French speaking newspaper, Leseco, the producer spoke of how hard it was to believe that she is now a member of the closed circle of the Academy: “I met American producers at the last Marrakech International Film Festival. We kept in touch. They were impressed with my resume and suggested me to the academy. I was asked for supporting documents, and a few months later I was called and told the big news,”

The critically acclaimed national and international producers known for her production of Tala Hadid’s “The Narrow Frame of Midnight” (“Itar El Layl”) and Jawad Rhalib’s “Insoumise..

She has also contributed to the production of important feature films Such as “The Exorcist, Beginning” by Paul Schrader, and “Captain Phillips” by Paul Greengrass.

Known for her determination and ambition, she has collaborated with more than forty international film producers.

“I’m not used to interviews, flashes and photos, that’s not why I do this job. We [Film Producers] do it because we like challenges.”

Proud of her nationality and keen on pushing Moroccan cinema forward, Alami said “When I am asked where I come from, I tell them that I come from Morocco.”

“It makes them curious and they ask questions about our cinema. I try to be the voice of Moroccan cinema in Hollywood, I have already been asked to recommend some scenarios of the country. This is a great opportunity for us,” she continued, convinced more than ever that it is high time to improve the quality of Moroccan cinema.

The producer believes that in order to propel the country’s cinema in a forward direction, the egos of director and screenwriters must be put aside.

“The problem of Moroccan cinema is script writing. When I advise directors to review their scenario and get help, they take it wrong. While everyone needs help, rewriting and correction with scenario. There is no harm in that. We have to put our ego aside and work seriously.”

Currently shooting on location in Morocco for the series “The Nine,” produced by FOX, which will be broadcast in 50 European and African countries, and which expects an audience of 250 million viewers, Khadija Alami continues advancing her cinema, while promising that Morocco will benefit from her privileged status as a member of the Oscar’s jury.

Among the 774 jury members from 57 countries, the Academy of Motion Picture Arts and Sciences explained that of 2017’s invitees,39 percent are female and 30 percent are people of color,to ensure diversity among its pre-dominantly white membership.