Toronto - They say there is no such thing as bad publicity and, if that is true, Emirates Airlines should benefit nicely from a video going viral showing an Emirates Airline flight attendant pouring unused champagne back into the bottle during a recent flight. 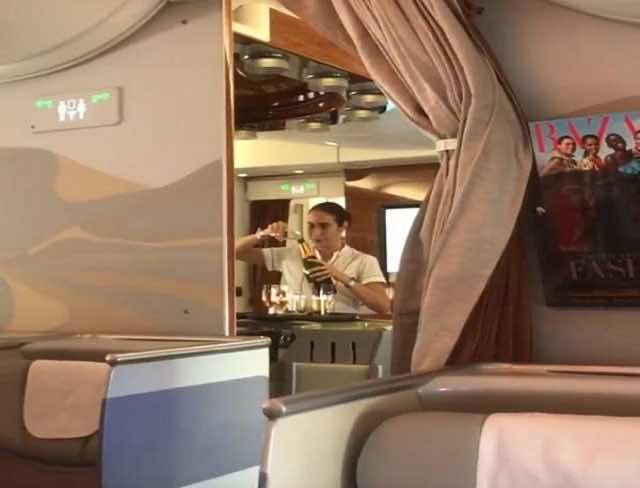 Toronto – They say there is no such thing as bad publicity and, if that is true, Emirates Airlines should benefit nicely from a video going viral showing an Emirates Airline flight attendant pouring unused champagne back into the bottle during a recent flight.

The video, recorded by Russian business class passenger on his way to Dubai, Yevgeny Kaymov, clearly shows the attendant pouring the unused contents of a glass of champagne back into the bottle, though the purpose of her action is unclear.

“I accidentally filmed this video,” Kaymov said on his Instagram account,“and didn’t even notice this moment at the time, pouring unfinished champagne back into the bottle.”

Though most of the social media response has been negative toward the airline, some came to the fight attendant’s defense. A fellow attendant on another airline posted a possible explanation for what was being shown in the video:

“I’m a flight attendant – the attendant is probably pouring the unused champagne back in the bottle before take-off to then dispose of once the plane takes off.

“We’re not allowed to pour things out while we’re on the ground,” she continued.“I bet they’re pouring it all back in the bottle so they can then pour it out at cruising instead of dumping it all in the trash can making it all soggy.”

Still, others in the industry found it a weak argument, instead postulating that the Emirates Airlines employee was simply economizing on the expensive beverage as per a likely company directive.

As for the airline, it told UK paper, the Independent that “Emirates always strives to provide the top-quality service. Actions recorded on this video do not comply with our quality standards. We are currently investigating the incident.” 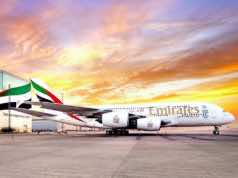