Rabat - King Mohammed VI has sent a message of condolence to the family of loved footballer Abdelmajid Dolmy, who died on Thursday aged 64. 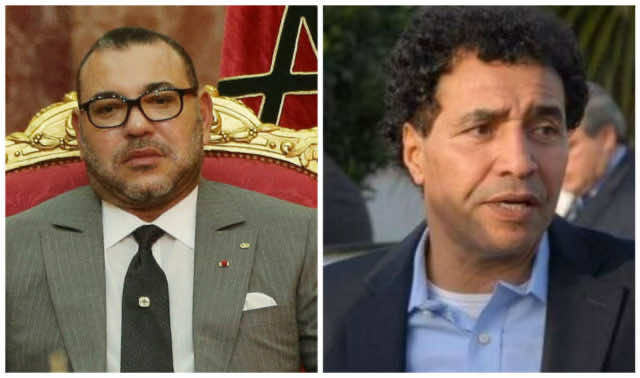 Rabat – King Mohammed VI has sent a message of condolence to the family of loved footballer Abdelmajid Dolmy, who died on Thursday aged 64.

In the message reported by MAP, the King said he had learned of the sad news with deep emotion and great sorrow.

“In these sad circumstances, we express to you and your family, and to all friends and admirers of the deceased, and to all the national sporting family, heartfelt condolences and the sincerest sentiments of compassion, imploring the Highest to give you patience and reassurance.”

The King added that because of Dolmy’s death, “Morocco has lost one of its best footballers, known for his great performances that spanned over 20 years, whether in Casablanca club Raja, or of the golden generation of the national team in the 70s and 80s of the last century.”

“The deceased was an example of a great sportsperson, thanks to his talent and his technical qualities that accorded him the nickname Maestro, as well as his commitment, calmness, sporting nature and great fighting spirit.”

The King ended his message on a positive note, honoring Dolmy’s qualities: humility, wisdom, and a command of respect from sports lovers and all Moroccans who followed his football career, which was characterised by titles and performances.

“While we share your grief in this sad and unstoppable event, we express to you all our goodwill and high solitude.”

Born in 1953, Dolmy began his football career in 1971 and played for two Casablanca teams, CLAS and Raja.

In 1986, Dolmy was part of the Moroccan team that qualified to the second round of the World Cup, making it the first African or Arab nation to do so. In 2006, the African Football Confederation chose Dolmy as one of the continent’s top 200 players for the past 50 years.