Rabat - Abdelilah Benkirane “is back.” This is how some Moroccans commented on the recent statements of the leader of the Justice and Development Party (PJD) and former head of government, who has sent a series of strong messages to King Mohammed VI, supporters of his party, and the PJD's political rivals. 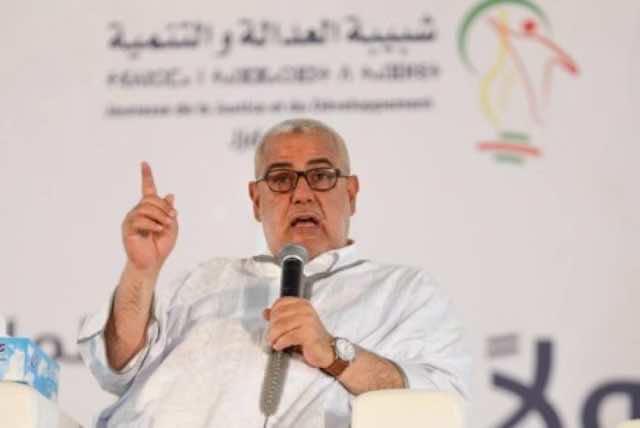 Rabat – Abdelilah Benkirane “is back.” This is how some Moroccans commented on the recent statements of the leader of the Justice and Development Party (PJD) and former head of government, who has sent a series of strong messages to King Mohammed VI, supporters of his party, and the PJD’s political rivals.

Today, Benkiran uttered something that might further complicate his relationship with King Mohammed VI.

“The King is not a God. He is a man, and a man can be right sometimes and wrong other times,” said Benkirane on Monday during his speech to the national convention of PJD’s youth wing held in Fez.

“We can criticize him with courtesy because he is the head of state and the symbol of the country’s unity.”

He that the King is the only person who symbolizes this unity, not any adviser to the King or minister who owns gas companies, in a clear reference to Aziz Akhannouch, head of the National Rally of Independents (RNI) party and current Minister of Agriculture.

The statements bring to mind what Benkirane said during a video interview with Moroccan online media outlet Al Aoual in late July 2016.

As several media outlets reported, the statement brought the royal palace’s anger against the then-head of government.

“The King Should Intervene in Al Hoceima”

The solution to the crisis in Al Hoceima is in the King’s hands: this is how Benkirane addressed the issue of the ongoing deadlock in the Rif region following King Mohammed VI’s speech of the Throne Day on July 29.

Benkirane said the monarch has all the prerogatives to put an end to the crisis which has lasted over nine months.

“What is happening in Al Hoceima is heart-breaking. The people of Al Hoceima are our brothers. Law enforcement officers who went there to preserve security and order are our brothers too, and we salute them. We don’t want to see what happened occur in our country,” said Benkirane on Sunday.

His statements are important in the light of the recent royal speech in which the King dealt out criticism to public officials and political parties, accusing them of neglecting their duty in Al Hoceima, especially by delaying the realization of development projects in the region.

For some observers, Benkirane’s government (2011-2015) was the primary target of this criticism. By the statements, Benkirane has passed the ball back to the King, noted political analyst Abderrahim El Allam in an article published by Moroccan news outlet Noon press.

“They Wanted Me Out”

In his speech to his party’s youth wing and PJD members on Sunday, Benkirane addressed his dismissal as appointed head of government by King Mohammed VI in March after failing for six months to form a coalition.

Benkirane slammed the coalition of four parties, the National Rally of Independents (RNI), the Popular Movement (MP), the Constitutional Union (UC) and Socialist Union for Popular Forces (USFP), which he accused of hindering his endeavors to form a coalition following the October 2016 general elections.

The four parties had all asked to be included in the coalition, something that Benkirane refused. His successor, Saad Eddine El Othmani, ended up yielding to the pressure and forming a coalition with the four parties and only one ally, the Party of Progress and Socialism (PPS).

Benkirane said that Moroccans have to know who stood behind the four parties, claiming that this coalition was decided beforehand to keep him out of the government.

His dismissal was one of the toughest moments in his career as a politician, the PJD leader admitted.

“I thought I was finished,” he said.

“I ask forgiveness of Istiqlal Party,” said Benkirane, talking about how he had to give up trying to include Morocco’s oldest party in his failed coalition.

During his negotiations to form a government, RNI’s president Aziz Akhannouch rejected including Istiqlal in the government.

When Istiqlal’s leader Hamid Chabat nearly caused a diplomatic crisis with Mauritania when he referred to the latter as historically part of Morocco, Benkirane admitted he had to yield to the pressure and give up on his allies.