Rabat - Since 2004, Morocco has adopted a homemade “Moderate Islam” to combat religious extremist threats in the kingdom. With this policy suffering from several backslides, could undesired effects  be expected? 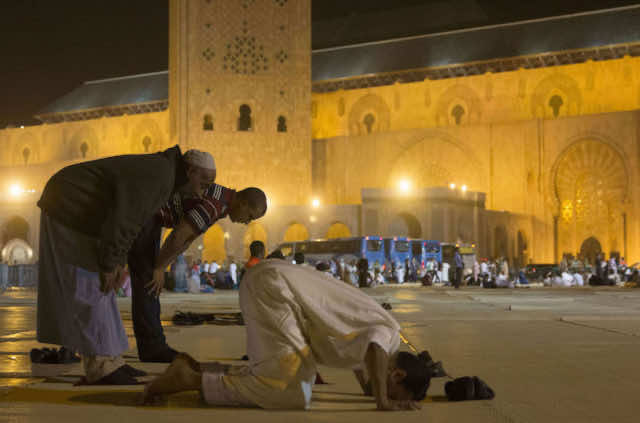 Rabat – Since 2004, Morocco has adopted a homemade “Moderate Islam” to combat religious extremist threats in the kingdom. With this policy suffering from several backslides, could undesired effects  be expected?

Casablanca’s 2003 bombings bore painful lessons for Morocco. The country was left facing a growing threat of the emergence of Salafi militant groups on its soil. Worse still, frustrated and ideologically brain-washed youth then began joining the lines of extremist groups at an alarming rate.

A change had to be made. Among the military and judicial laws established to counter-terrorism, Morocco, played a potential winning card by adopting the so-called “Moderate Islam,” a tradition which, according to the Minister of Habous and Islamic Affairs, Ahmed Toufiq, is based on two pillars.

On the one hand, the Ashtarite dogma which rejects the takfir and the acceptance of metaphorical reading of religious texts, and on the other hand, the command of believers through Al-Beya (allegiance to the king).

The state has employed  several religious apparatuses, including the Ministry of Islamic Affairs, Dawah and Guidance, the Supreme Council of Ulemas, and the Muhammadiyah Association of Scholars to disseminate its reformist Islamic approach and to produce, to an extent, a dominant understanding of Islam in Morocco, becoming the “Big Brother” of religion in the kingdom.

“These institutions, being monopolized by the state, spread an established idea of ‘Moderate Islam’ ,[serve] as the vehicle of the state to guide and control the discourse of lower religious establishments, such as mosques and madrasas,” says Researcher of Islamic Affairs, Driss El Ghanbouri.

The policy has given the state “greater oversight over religious spaces [to minimize] the risk of their being used as recruitment centers,” explained a recent report by the NGO International Crisis Group entitled “How the Islamic State Rose, Fell, and Could Rise Again.”

With the state monopolizing the official religious discourse, the possibility of backfire is not farfetched.

In a speech made on the eve of this year’s Throne Day, King Mohammed VI stated that “[Citizens] do not trust politicians. If the King of Morocco is not convinced of the way political activity is conducted and if he does not trust a number of politicians, what are the citizens left with?”

Far from being a rhetorical question, the same could be asked of Moroccan religious doctrine, which is tightly controlled by governmental institutions.

In broad strokes, religious discourse, similar to its counterpart in the government, has also failed to meet the needs of citizens.

“The official religious bodies hide behind the King, who is also the Commander of the Faithful, once they mismanage tasks. They make power and wealth using their titles, without effectively working to improve the condition of Moderate Islam in Morocco,” said El Ganbouri.

Another factor that negatively impacts citizen’s trust is the Friday prayer sermon, which is written by the central religious authorities and sent out to every mosque in the kingdom. To Ganbouri, this uniform, centralized approach risks creating confrontations of opinion among believers.

As a case of example, in late May, Hirak activist Nasser Zefzafi confronted a local imam in Al Hoceima, after the latter delivered a speech perceived by a number of those in attendance to be against the Hirak protest movement in the city.

During the same month, a group of citizens confronted local authorities in the region of Kallat Seraghna after the Ministry of Islamic Affairs dismissed an imam in a local mosque from his position for not having followed the official Friday sermon issued by the ministry.

“The religious system does nothing to address the yearning for a more militant, anti-establishment message; indeed, rather than legitimizing the state, co-optation of religious discourse risks discrediting mainstream religious leadership,” warned Crisis Group.

For the study’s researchers, youth disappointed by the official religious system search for alternatives sources, while extremist groups offer “the type of anti-government and anti-establishment discourse that appeals, particularly to the young.”

Ahmed El Khamlichi, President of Dar Al Hadit Al Hassaniya (an official academy specialized in Islamic sciences), asserts that the issue cannot afford to be overly simplified nor directly blamed on the state.

“A substantial portion of Moroccans receive their religious teaching from the various outlets currently available, including the internet, foreign Islamic channels and the different sects of Islam that exist in the country,” he explained.

The proliferation of terrorist ideologies among the youth is the result of several intricate factors. Moderate Islam is far from being one, says El Khamlichi, as it teaches “the values of tolerance and peace.”

Islamologist and journalist Abdelah Tourabi also sees that the state’s Moderate Islam is not necessarily a vehicle that pushes the youth towards extremism, as only 16 percent of the population attend the Friday prayer.

However, for Tourabi, the religious policy suffers from gaps in its internal structure. “For instance, Morocco’s doctrine of Moderate Islam plainly states that the Quran and the Sunni rite are valid for all time and space, an opinion shared by religious extremist groups.

In this sense, says Tourabi, Moderate Islam scholars do little in the way of Ijtihad (finding solutions to religious dogmas) to fight extremist agendas.

Aside from lack of Ijtihad among Moroccan Religious Scholars, explains Tourabi, the majority of official religious bodies in Morocco themselves identify with the Salafi movement, endangering Morocco’s chances of leading serious religious reformist policies and advocating against terrorism.

For Crisis Group, the jihadist landscape in the Maghreb will, and without doubt, evolve.

Moderate Islam’s soft policy, which was thought to be a winning card, might not at all be that. This puts Morocco in a critical situation to revise its religious policies.

Ensuring Morocco’s safety depends on “avoiding the temptation to over-regulate the religious sphere in an effort to combat jihadism; instead, allow for the expression of non-violent religious forms of contestation,” says the NGO.

This is especially helpful since jihadists have proven “adept at deploying a language of religious contestation andprioritized a recruitment strategy premised on a doctrine of personal empowerment or advancement more than on theological grounds,” which Morocco’s official Islam has not yet adapted.