"The leader of the people is their servant" – Prophet Mohammed 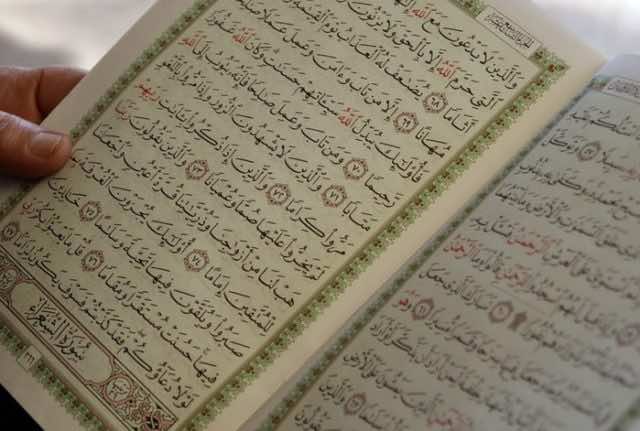 “The leader of the people is their servant” – Prophet Mohammed

Prophet Mohammed was an excellent human being.

Born and raised in the brutal atmosphere of ancient Arabia, where violence and bloodshed was the norm, he shone as a symbol of integrity, kindness and nobility.

This fineness of character was so prominent, it earned him the name Ameen (the trustworthy) even before he became a prophet.

He was also an excellent leader.

His ability to steer through extremely difficult situations with the guidance of the Quran and his genius allowed him to arise out of a bloodthirsty society, dangerous and determined to harm him – unscathed and victorious through peace and diplomacy.

When he became a prophet and started spreading the message of God, the response of the people was extremely hostile. But he was unstoppable.

As the years passed and the number of his followers increased, so did the level of persecution.

When violent attacks reached unbearable levels, he sent his most vulnerable companions to present-day Ethiopia, a Christian kingdom back then, to ensure their safety.

Others followed suit, but the Prophet stayed behind until he made sure that everyone left.

He put the safety of his people before his own.

When he migrated to Medina, the city was embroiled in constant clashes between tribes that vied for control. However, he successfully mediated between these groups – Jews, Muslims and pagans – and drew up a treaty.

With this treaty, he built a pluralistic society where all citizens were equal and where their rights were equally secured.

The significance of his achievement can be better understood in the light of today’s constant conflicts between different groups, which continue despite efforts to resolve them.

As the years went on, the number of Muslims grew and Prophet Mohammed became one of the strongest men in Arabia.

However, no matter how powerful he was, he continued to amaze with his extremely humble and kind disposition. He was so approachable that anyone – whether Muslim, Christian, Jew, slave or tribal leader – could just walk inside his mosque and start a conversation with him.

Throughout his life, his gentle nature drew people to him.

His deep love and respect for women, children and animals had a profound effect on society.

After six years in Medina, the Prophet wanted to go back to Mecca for Haj.

This meant he would be unarmed, since Muslims are not allowed to carry weapons during Haj.

In other words, he was walking into the midst of his enemies armed only with his trust in Allah.

When he was stopped by Qurayshi cavalry and denied entry to Mecca, Prophet Mohammed chose diplomacy and peace.

The Qurayshi nevertheless broke the treaty, prompting the Prophet to gather an army of 10,000. They expected the Prophet to storm Mecca and take revenge for years of torture and oppression.

However, in the finest example of true leadership, he didn’t do that.

Instead, he declared a general amnesty – including for his former enemies – and said no-one would be forced to convert to Islam.

He showed that peace should always be chosen over war and that only a true leader can guide their people towards goodness.

Barnaby Rogerson, author of The Prophet Mohammed: A Biography, explains this beautiful moment of forgiveness:

“He pardons the Meccans, but not just pardons, he pardons with kindness.’’

Today the world is in dire need of such brave, just, humble and compassionate leadership.

There are certainly countless lessons to be learned from the life of Prophet Mohammed.