Rabat - The central government in Spain has de facto suspended the Catalan government after 13 regional officials were arrested on Wednesday, one day ahead of the referendum vote on an independence from Madrid, several media outlets reported.

Rabat – The central government in Spain has de facto suspended the Catalan government after 13 regional officials were arrested on Wednesday, one day ahead of the referendum vote on an independence from Madrid, several media outlets reported.

Madrid authorities opted for a crack down on the pro-independence movement in the northern Spanish region as preparations for the referendum were underway.

The arrested officials were previously warned by Madrid authorities that those who help organize the vote will face criminal charges.

Cuts running deep at #BBCBias No coverage from #Catalunya on 1 pm news Biggest story in Europe is attack on Democracy by Spanish Government pic.twitter.com/Ll3vSLihCB

High tension is mounting in the restive Spanish region after the arrests. Hundreds of protesters, dozens according to EFE, draped in local flags, gathered outside Jove’s office in defiance of the crackdown. “We will vote”, they were chanting.

For Carles, Madrid “crossed the red line” with practices he described as against the principle of democracy and are typical of “dictatorial states”.

In addition to arresting official accused of facilitating the controversial referendum, Spanish authorities intervened to seize dozens of thousands of documents, posters and fliers related to the vote. Madrid also tightened the finances of the restive region in hopes of dissuading Catalans for going ahead with referendum.

The ongoing tension in the region prompted FC Barcelona, the club which represents Catalonia’s pride, to issue a statement implicitly critical of the central government.

“FC Barcelona, in remaining faithful to its historic commitment to the defense of the nation, to democracy, to free speech, and to self-determination, condemns any any act that may impede the free exercise of these rights”, said the release.

The independence movement is seen from Madrid as a “threat to democracy”. In an editorial by El Pais, the Spanish newspaper called for “order to be restored”, describing the “secessionist challenge” as undermining freedom and social harmony in the country.

“By acting irresponsibly, stripping the institutions of legitimacy, abusing democrats’ good faith and misusing the legal safeguards that operate in states governed by the rule of law, separatists have embarked on an unprecedented challenge against Spain”, said El Pais. 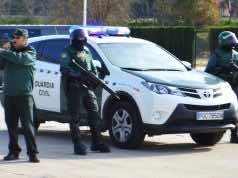 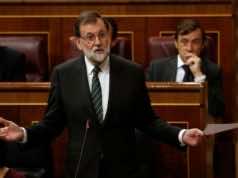