Rabat - The Moroccan anti-terror chief has reaffirmed Morocco’s commitment to fighting terrorism and violent extremism both domestically and abroad. 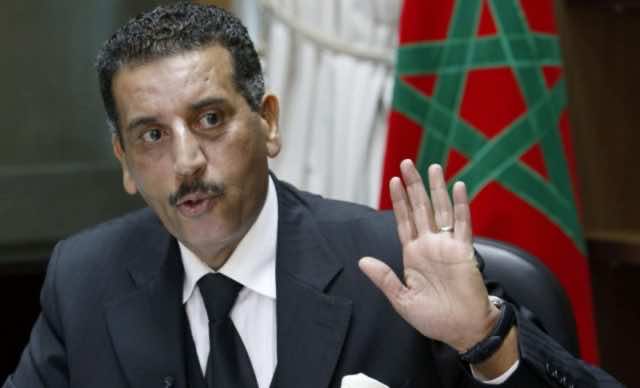 Rabat – The Moroccan anti-terror chief has reaffirmed Morocco’s commitment to fighting terrorism and violent extremism both domestically and abroad.

In an interview with the United States news outlet Alhurra,the head of the Central Bureau of Judicial Investigations (BCIJ) Abdelhak El Khiam explained how the bureau has combatted threats of terrorism faced by the kingdom since its creation in March 2017.

To date, the bureau has dismantled 47 terrorist cells, 42 of which had pledged allegiance to the Islamic State (ISIS), BCIJ’s head noted. Seven-hundred and one suspects were arrested during those operations.

“This year for instance the degree of danger has decreased,” he said. “We dismantled fewer cells in comparison with the bureau’s early years. I can say that BCIJ’s work is generally satisfactory. Morocco is in constant alert to counter any danger.”

El Khiam explained the high number of terrorist cells through Morocco’s proximity to the Sahel region, where several terrorist organizations operate, as well as to Libya, which continues to see the flourishing of extremist groups.

Another threat facing the country is the sizable number of Moroccan fighters abroad. El Khiam affirmed that the bureau counted 1,664 Moroccans who joined the ranks of armed groups in Syria and Iraq, and also Libya, where ISIS operates.

Eighty-five of those recruits have returned to Morocco. For the rest, El Khiam explained there are no clear data about their fate, especially in light of the military alliance against ISIS.

Countering Terror in Accordance with the Law

Returning fighters are arrested and referred to the public prosecution, El Khiam affirmed, pointing to the fact that joining radical groups abroad is criminalized by Moroccan law.

“Moroccan legislators were among the first to draft this law,” he said, adding that this law goes along with the efforts of security services to fight terrorism.

El Khiam insisted on the role of domestic legislations in fighting terrorism and deplored the laxity of certain countries in this regard.

“There are several countries whose citizens came back from war zones, but they they have no law that punishes what they did,” El Khiam explained. “As a result, terrorist attacks were carried out by those returning fighters, as was the case for example in Paris and Brussels.”

The lack of adequate legislations obstructed the work of security forces in those countries, the BCIJ chief suggested.

“In Morocco, law states that any person who was proved to have been in war zones will be subjected to interrogation by BCIJ, will be referred to the justice, and will face sentences ranging from 10 to 20 years in prison.”

Since radicalization of youth takes place on the internet and social media, Moroccan security services say they are monitoring online networks to track the potential recruits of extremist groups.

As this raises questions of infringement on privacy, El Khiam responded that these operations are conducted in accordance with the law.

“We can’t put any citizen on surveillance. If there’s suspicion about someone, we ask an authorization from the public prosecution to do so,” he said.

“We don’t wiretap or surveil any person outside the law.”