Washington DC - As Algeria enters a period of economic uncertainty, its diplomacy and foreign relations remain focused on countering Morocco and promoting the self-proclaimed Saharawi Arab Democratic Republic (SADR) on the international scene. This misplaced doctrine is evident in Algiers ferocious diplomatic campaign to ensure that the SADR is invited to the fifth African Union – European Union Summit scheduled to take place in Ivory Coast  in November 2017. 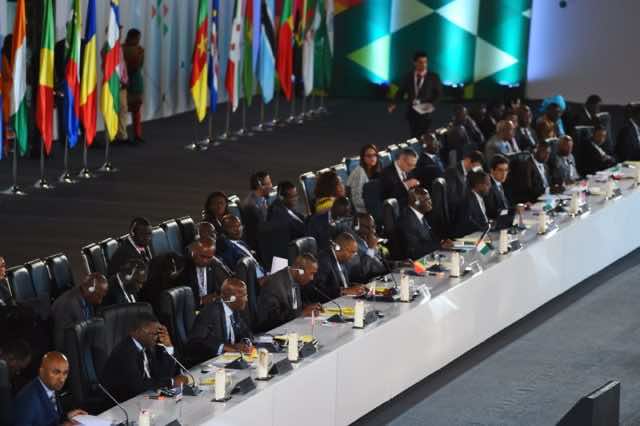 By
Hassan Masiky
-
Hassan Masiky was born in Kenitra, Morocco, and is based in Washington as a blogger and freelance writer.
Oct 2, 2017
Spread the love

Washington DC – As Algeria enters a period of economic uncertainty, its diplomacy and foreign relations remain focused on countering Morocco and promoting the self-proclaimed Saharawi Arab Democratic Republic (SADR) on the international scene. This misplaced doctrine is evident in Algiers ferocious diplomatic campaign to ensure that the SADR is invited to the fifth African Union – European Union Summit scheduled to take place in Ivory Coast  in November 2017.

The EU is holding this summit to strengthen the Euro-African cooperation by creating more economic development and job creation. Pushing for the self-proclaimed Sahrawi republic to attend the meetings will not solve Algeria’s money shortage that is about to crippled the country. SADR (based on Algerian territory and disputing the Moroccan sovereignty over the Western Sahara) is a member of the African Union but not of the United Nations and therefore it is not automatically invited to such high-level gatherings.

Subsequently, Algerian diplomats are exploiting the EU-Africa meeting to “embarrass” Morocco by lobbying for a SADR invitation and thus having the Sahrawi representatives sit alongside the Moroccans and Europeans. Rather than preparing a blue print to present to the EU for a proposal to prevent a meltdown of their nation’s economy, Algerian officials are wasting precious time and scarce funds chasing a target that is inconsequential to their immediate interests and needs.

Stuck with an economy heavily and exclusively invested in the domestic hydrocarbon sector, the North African nation faces the real specter of a runaway inflation if the government prints more money in the next five. Yet, Algerian officials are chasing Moroccan diplomats around Brussels instead of drafting a structural plan to overhaul an economy on a fiscal cliff.

Evidently, the Algerian ministry of foreign affairs deems that SADR attendance is more essential than a plan to strengthen its country’s economic partnership with Europe. Judging by the zealous nature of the Algerian crusade in Brussels, Algiers’s Ambassador Amar Belani must regard the Sahrawis as far more important than the average Algerian who is facing years of economic hardship and austerity.

The Algerian government continues to spend undisclosed amounts of hard currency on financing the operations of a Sahrawi Republic that has no resources and no income. At a time when the Algerian can hardly find a gallon of dry milk in the stores, the government is throwing thousands of dollars after a 1970s failed project in the Western Sahara.

After more than forty years of diplomatic wars over the final status of the Western Sahara, Morocco has developed a two-tier approach to dealing with the EU and the UN. On the other hand, Algeria remains one-dimensional diplomacy obsessed and dominated by its conflict with its neighbor to west at the detriment   of its economy and prosperity. Thus, Algerians should come up with a plan to shore up their economy and not the diplomatic chances of the Polisario (SADR political arm).

Algeria’s “new old” Prime Minister should spend his time and energy focusing on the impact of printing money on the fundamentals of his nation’s economy. The hard currency crunch is hurting the Algerians who after years of plentiful provisions cannot afford or find some necessities in their stores.

Furthermore, the lack of a strategic plan to diversify the economy and make it more market friendly by opening up to the outside capital is an indication that PM Ouyahia’s team is not addressing the real challenges facing his people.

Algerian diplomats should invest their energy more on helping their nations’ economy and less on trolling Morocco. They should worry more about inflation, unemployment and a failing currency rather than the presence of a guerilla movement in a ceremonial meeting. If not, they be trapped watching a calamity worse than the 1988 crisis that almost toppled.